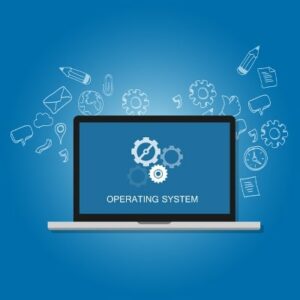 Windows is perhaps the most widely-used computing tool in the workplace, and as such, it remains a huge target for hackers of all kinds. Criminals are always trying to uncover vulnerabilities in the operating system, but this time around, Microsoft has truly outdone themselves. Windows 10’s built-in security, according to hackers at the Black Hat conference in Las Vegas, allows for the most secure Windows operating system in several years.

It was expressed that, in comparison to its previous incarnations, Windows 10 is much more difficult to break into. That hasn’t stopped some hackers from trying, though. Among the Black Hat hackers at the convention were many who had tried to pinpoint potential outlets for malicious threats, and while they still managed to come up with a couple of solutions, it became clear that Windows 10 is much more challenging for hackers to infiltrate. Below are a few of the proposed attack models, and how Windows 10 challenges them.

Windows 10 Uses Built-In Anti-Malware Tools
Windows 10 uses what’s called the antimalware scan interface (AMSI), which is capable of identifying and capturing malicious scripts in memory. The idea is that applications can access this information, and any antivirus or antimalware program can process it. For example, Windows Defender and AVG use AMSI. The reason that this is such a huge problem for hackers is that many prefer to use script-based attacks. The kicker here is that while AMSI is a valuable tool to detect and prevent attacks, it requires secondary security protocol in order to be most effective. While it’s great for detecting scripts executed in PowerShell, since PowerShell records logs, it still requires someone to regularly monitor the logs in order for it to be most effective.

Virtualization
Virtualization-based security is a series of security features that are built into the hypervisor of Windows 10. In essence, Hyper-V can create a virtual machine that isn’t connected to the root partition. This virtual machine can then execute security commands as needed. The idea here is that Hyper-V creates a virtual machine that can’t be compromised, even if the root partition has been taken over. It’s a way of minimizing the extent of data breaches, should they happen in the first place. Of course, if the root contains credentials that allow hackers to access the virtual machine, it’s all over. Therefore, administrators need to take measures to ensure that hackers cannot access the VBS machine.

Of course, no matter how secure an OS is, hackers will always find a way to get in. One way or another, criminals who are determined to bypass defenses will create a way to do so. Microsoft patches known vulnerabilities as soon as they’re discovered to be active, so it comes down to outplaying the opponent. Hackers will inevitably find ways to crack Windows 10’s innate security, so it’s your responsibility to complement your OS’s security with your own solutions.

If you need assistance securing your Windows 10 devices, or any other workstations, servers, or network components, reach out to SemTech IT Solutions at 407-830-1434.