5 Ways to Put Your Staff Ahead of Frivolous Office Expenses 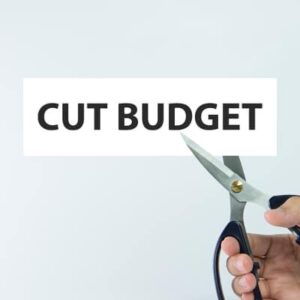 Every business wants to be like Google and provide employees with a dynamic place to work, filled with amenities. It would probably be a dream come true for your organization to sit next to Google on Glassdoor’s annual list of “50 Best Places to Work.” Reality check: you’re not Google, as you’re reminded of this every time you attempt to balance your company’s budget.

Google, with its seemingly limitless funding, can, of course, provide their employees with every imaginable benefit under the sun. Take for example just some these perks Google provides their staff (aka, “Googlers”), as reported by Inc.

Due to the sobering fact that you’re not Google, let’s face it, sometimes money is tight and you as a business owner must make the hard choice of what to cut in order to make payroll. In trying times like these, before you lay anybody off, you’ll first want to attempt to save money by making cuts to perks that may be draining your budget. While nobody enjoys making cuts, sometimes cuts are necessary in order to get a handle on out-of-control expenses and to better allocate resources. Ask yourself, “Can your business do without perks such as these?”

Company Parties
Businesses have a reputation for knowing how to throw some pretty extravagant company parties. Take for example Yahoo’s $7 million “Great Gatsby” themed party thrown last December. What makes such a party outrageous and newsworthy isn’t so much the price tag; it’s the fact that Yahoo recently laid off 15 percent of its staff after posting massive losses. For an employee who just watched their peers lose their jobs due to “budget cuts,” moves like this can be maddening. This, in turn, will sink employee morale, which is the complete opposite of what a company is trying to accomplish by throwing a party.

An alternative option: Instead of dropping huge sums of cash to rent out a yacht and party bus, keep it simple. You can still have a party, but many of your employees will have just as much fun at a small gathering with punch and pizza, or even a potluck event.

Free Food and Snacks
It’s well known that providing employees with food makes the office a much more pleasant place to work at. However, when money gets tight and you start feeding your staff excuses that you can’t afford raises along with food, then even the most tasty of meals will lose its flavor. As great as free food is, at the end of the day, most employees would prefer a raise and/or keeping their job.

High Executive Salaries
There’s just something inherently wrong about a company executive who cuts jobs citing budget concerns while giving themselves a fat raise. Take for example Viacom’s CEO Philippe Dauman who recently gave himself a board-approved raise of 22 percent (which translates to a cool $54.2 million per year, up from $44.3 million), despite the fact that company stock prices slid by 39 percent last year, which inevitably caused layoffs. In real world scenarios like this, not even Charles Dickens’ three Christmas spirits can redeem Dauman’s actions.

Expensive Office Space
While it might stroke your ego to rent the downtown office building overlooking the country club, you can probably make do with a more economical space if you’re facing budget problems. Inc. builds a case for such a move:

If you have a lease on expensive office space, you may need to look into whether it is possible to break the lease and move to less expensive space. This could be a major disruption to your operations — but over the long-run most companies do not need fancy office space to do the work that customers expect in order to reward you with their business.

Let us Assess Your Company’s Technology
Lastly, you may be surprised to learn just how much money an inefficient technology setup can cost a business. If you’ve not explicitly set up your IT infrastructure with cost savings in mind, then you could be leaking money without even realizing it. By having SemTech IT Solutions implement efficient solutions for your business, you’ll be able to boost your budget in a way that won’t be nearly as visible, or incite an employee riot, which could be the outcome of cutting the previous examples. Therefore, if you’re looking to save money, making adjustments to your organization’s technology infrastructure is generally a great place to start.

Call us at 407-830-1434 for a free IT assessment, and in the comments, feel free to share with us the ways that you’ve kept your company’s budget in the black during lean times.