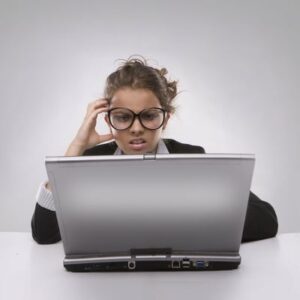 Windows 95 changed the way that consumers saw personal computing, and it heavily influenced future versions of Microsoft’s Windows operating system. Over twenty years later, you can expect to see significant changes and improvements, to the point where those who weren’t exposed to older technology don’t have any clue what it is. Nowhere is this more painfully true than watching how teens react to Windows 95.

You can watch the video here.

Considering how these teens weren’t even born when the operating system was released, it’s no surprise that they have no clue what they’re looking at. When it’s said that they’re looking at Windows 95, they remark that it looks “prehistoric,” “dull,” and even “ancient.” Some of the older teens, on the other hand, are more appreciative of the legacy that Windows 95 started, despite agreeing that in its infancy, the Windows operating system was a bit on the primitive side compared to today’s modern tech environment.

Here are some observations from this video:

Isn’t it insane to think about how far technology has progressed in just twenty short years? Where will technology be decades from now? Do you have any fond memories of Windows 95? Let us know in the comments.

Bonus Tip
See how your friends react to Windows 95 by opening this link on their browser: https://win95.ajf.me/win95.html