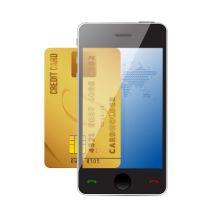 If your business purchases hardware or other supplies from a retailer, or if you are your own point-of-sale, your company might be targeted by a new type of Point-of-Sale malware known as Backoff. The malware is capable of stealing credit card information from unsuspecting victims, and should be a cause for concern for those unprepared to fight against it.

The process in which Backoff infects its victims starts when the malicious stub is injected into explorer.exe, which is responsible for repeated attempts to crash the system and forcefully stop processes. Afterward, the malware scrapes the memory of the halted process and collects information concerning what was happening. The malware then keylogs for more information in the event that more data is needed to be entered.

At the time of writing, this malware remains largely undetected by antivirus vendors and software. However, it is safe to assume that antivirus companies will be working on a solution for the near future to detect existing variants of Backoff. To this end, the official security advisory by the United States government suggests that you maintain an up-to-date antivirus software and operating system in order to mitigate the damage it can do to your system.

SemTech IT Solutions offers our clients automated patch updates that will keep your operating system and security software up-to-date at all times. Whenever new threats are revealed, we do our best to make sure that your business knows about them. It’s always important to be wary of new threats, as one little mistake can lead to an unnecessary fallout or loss of information and data security.

Contact SemTech IT Solutions at 407-830-1434 for more information about how to keep your company’s data secure. With a malware like this, it affects not only business owners, but anyone who buys or sells products. A lost credit card is the equivalent of forfeiting your budget. Don’t make that mistake. Take advantage of SemTech IT Solutions’s managed IT services today.