Alert: Hackers Posing as IT Support and Hijacking Computers 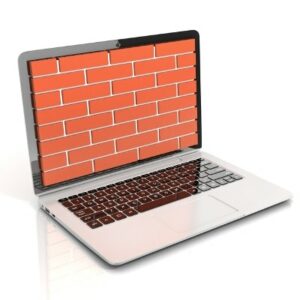 One minute you’re browsing trusted sites on the Internet, the next, your PC freezes up and displays the dreaded blue screen of death, along with a fake tech support message. This strain of malware is duping plenty of computer users into calling the provided phone number, which only makes the situation worse.

First off, if you happen to find yourself a victim of a hack attack such as this, whatever you do, DON’T CALL THE PROVIDED PHONE NUMBER! The blog Delete Malware explains what will happen if you do: “If you call [the number] they won’t actually remove adware from your computer. They will hijack your computer and steal all of your bank information and passwords.”

At this point, the origins of the malware can’t be pinned down, which makes it rather confounding because it’s been known to activate and display the blue screen of death while browsing popular websites like YouTube and Facebook. However, what the user sees isn’t the real Microsoft blue screen of death–which takes up the entire computer screen. Instead, this particular malware only affects the Internet browser, as indicated by the exposed browser tabs and URL form as seen in this screenshot. 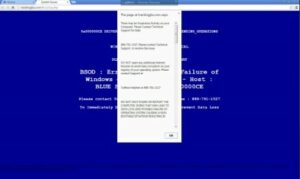 Thankfully, the threat isn’t as severe as the real blue screen of death. In most cases, you can move on from this annoyance via the Task Manager (Ctrl + Alt + Delete), or by rebooting your machine. Still, it’s inconvenient for anyone when this happens in mid project, and it can result in losing unsaved work or even downtime. Plus, it’s not like rebooting your machine will rid the virus from the system. Without proper removal, it will lie dormant and pop up again at another random time.

Actually, the fake blue screen isn’t the biggest threat here. It’s all an elaborate ruse to play on one’s fears and get them to call the provided phone number. This is all to give the hackers an opening to take control of the PC, giving them the chance to do far worse damage than wasting the few minutes it takes to reboot.

It’s a classic social engineering scam where users are tricked into forking over their sensitive information after overreacting to a perceived threat. You’ve likely seen social engineering before with spam emails designed to convince you that you’re guilty of something like missing a court date or getting a speeding ticket. Although, upon further review, its spam messages are usually fairly easy to determine, which makes them easy enough to ignore. What makes this particular scam different is that you can’t ignore it like spam messages, especially when it locks up your browser.

Upon encountering malware such as this, you should immediately call the real IT professionals at 407-830-1434. We’ve got the tools it takes to analyze your system to determine the nature of the threat and properly remove it. In a situation like this, one thing that the hackers are hoping for is that the victim won’t know enough about who oversees their company’s IT that they’ll believe the number to be real. This is a dang shame because it sullies the good name of IT workers the world over.

To protect your system from hack attacks like this, you’ll want to have a proactive security measure in place, like the security monitoring service provided by SemTech IT Solutions. For all of your organization’s IT needs, call the real IT professionals at 407-830-1434.