Alert: Users of 7-Zip Should Immediately Upgrade to the Latest Version 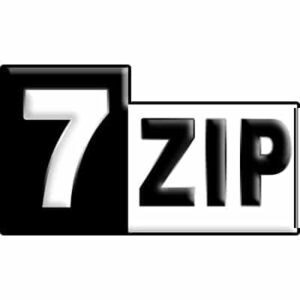 One of the latest vulnerabilities in open-source software can be found in 7zip, a file archiver and decompresser. 7zip has been found to have several security vulnerabilities which have software developers rushing to fix their products. The damage done extends far beyond 7zip, reaching both people who use 7zip itself, and developers who have used the technology in the creation of their own tools and software.

There are two vulnerabilities, which were discovered by Cisco’s Security Intelligence and Research Group, Talos. In particular, the security report focuses on the fact that these types of vulnerabilities most drastically affect antivirus software programs and others which host compressed or encrypted files. The real issue that comes from these 7zip vulnerabilities is how widespread the software is used; for example, many companies may be using software which supports 7zip without realizing it.

In Simple English: These recently discovered vulnerabilities could be executed by hackers to gain control over your device and data.

Also of note is that this technology should be a reminder of what happens when an open-source software that’s used in many places across the Internet becomes vulnerable. While it’s definitely not as scary as Heartbleed, the vulnerability in OpenSSL that struck in April of 2014 that allowed for the theft of encrypted information, these vulnerabilities in 7zip could have been much worse.

Thanks to the efforts of Talos and the 7zip developers, the vulnerabilities have been patched and are available in the latest version of 7zip, V.16.00. Keep in mind that previous versions are still vulnerable to the aforementioned issues and should be updated as soon as possible. This also goes for any software that your company uses that takes advantage of 7zip.

For more information on the latest security vulnerabilities, as well as information on how to protect your organization from potential threats, reach out to us at 407-830-1434.