As the Facebook Empire Grows, the Acquisitions Keep Coming 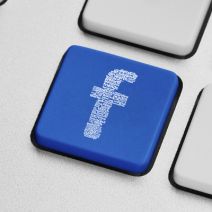 It’s no secret that Facebook is one of the most visited sites on the Internet. In fact, according to the Alexa rankings, which measure website traffic, facebook.com is ranked second after only Google.com. With this much exposure, and the emanated revenue that comes from this kind of traffic, it has become important for the world’s largest and most successful social network to scout out and eliminate possible competitors, many times before those companies even consider themselves potential competitors.

Facebook is obviously not the only major corporation to take on this strategy, but the staggering amount of money they’ve spent over a relatively short amount of time makes it more noteworthy than, say, a major gasoline manufacturer that strategically merges with companies that focus on supplying the masses with green energy. Facebook is only ten years old, after all. In all Facebook has spent over $22 billion acquiring companies over eight years. Here are five major acquisitions they’ve made (in chronological order).

The reason for Facebook’s interest in acquiring these seemingly impractical companies is simply put: diversification. Facebook is wildly popular now, but if the fates of AOL Instant Messenger and MySpace are any indication, even the most popular Internet service today can fall out of favor quickly. By covering their bases, they are making a company that isn’t just delivering social media; it has become a player in innovative technologies going forward.

You may already use Facebook for your business, and if you don’t, you should. After all, a good majority of your potential customers are members. Beyond Facebook, you should consider putting together a comprehensive social media strategy for your company. The integration of social media will extend your reach and provide your organization with a forum where you can present information that can get people back to your company website and start your sales funnel.

Do you think that the utilization of social media is a game changer for small businesses? Leave your thoughts in the comments.