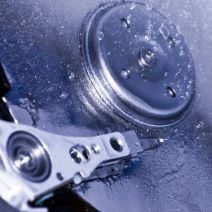 Everybody knows operating a computer under cooler temperatures increases its performance. This is why some server closets feel like a walk-in refrigerator. One thing about computers that you may not have known is whether or not running a PC at cooler temperatures extends its life. Logically, one would assume yes, however, the research says otherwise.

This determination comes from an internal study by Blackblaze of a data center’s worth of hard drives. Data centers are good subject matters for studies like this because they’re basically massive warehouses filled with thousands of hard drives (aka, “where the Internet lives”).

The type of data center that was used for the study utilized pods. If you’re unfamiliar with pod data centers, think about the large metal shipping containers used to transport goods via ship or rail from country to country. Now think about one of those containers being retrofitted and filled full of server racks. Each pod contains thousands of hard drives and every drive is connected to the network, as are all the hard drives in all the other data center pods. Pods make it easier for data centers to manage everything because they’re dealing with a large building full of dozens of pods that can be managed individually, instead of attempting to manage a cathedral full of servers.

Temperature is one feature that can be managed easier on a per-pod basis. Blackblaze was able to examine 34,000 of their hard drives and look at their longevity in pod conditions ranging from 15°C and 30°C (the running temperatures recommended by most hard drive manufacturers). After all the data was crunched, it was determined that operating hard drives at cooler temperatures did not add to their longevity.

The only variation with relevancy in this study came from looking at the performance of different models of hard drives. As reported by InfoWorld:

Backblaze claims some individual models of [hard disk] drive did have higher failure rates when run outside of their comfort zone — the Seagate Barracuda, for instance, and an older model of Hitachi drive. But when taking into account all 17 models of drive in its pool at once, Backblaze didn’t find a statistically significant correlation. In other words, while individual models might be flaky when run a little hot, hard drives as a whole — at least as tested — aren’t.

Well, there you have it folks. We know this computer question plagued your mind every time you adjusted the thermostat to your server room. Now you can sleep a little easier at night knowing that the temperature-to-drive-lifespan mystery has been solved. However, this study doesn’t give you the liberty to turn your server room into a sauna. Overheating your tech will still cause damage.

Getting the most out of your computers is what SemTech IT Solutions specializes in. Adjusting the temperature is just one thing you can do to increase the performance of your system. If your company’s computers are lagging and not performing like they used to, then SemTech IT Solutions can help fine tune your infrastructure with our managed IT services. Call us at 407-830-1434 to learn more.