CryptoLocker is the Worst Video Game Ever 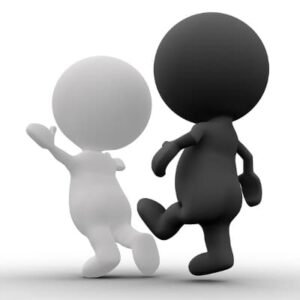 It’s been two years since the world was introduced to CryptoLocker, a particularly-nasty ransomware that encrypts a computer’s data while giving the user a deadline to pay a ransom for the encryption key, or else have their data destroyed. What we’re seeing now is that the reach of CryptoLocker is extending beyond the average PC user; even gamers are getting owned by Cryptolocker.

For those of you who don’t know, CryptoLocker has been a major threat to all computer users, and will likely continue to be a major player in the hacking world for quite some time. In fact, ransomware in general has seen an incredible increase in the past few years, making it easier than ever to become a target. This, compounded by the anonymity offered by various emerging online technologies like cryptocurrency and a network called Tor, makes it exceptionally difficult to locate and capture these criminals.

While this type of malware is incredibly dangerous to business owners who absolutely need access to their mission-critical data and applications, hackers are finding gamers to be a particularly lucrative “market.” A new strain of CryptoLocker attacks gamers almost exclusively, according to Bromium Labs, essentially making them pay money for games that they’ve already previously purchased. The malware is distributed through an unidentified WordPress-based site, but the URL that distributes the malicious flash file is always changing, making it difficult to locate. Upon visiting the malicious website, the user downloads the malware unexpectedly.

In fact, according to ZDNet, the majority of files targeted by this particular strain of CryptoLocker consists of games. 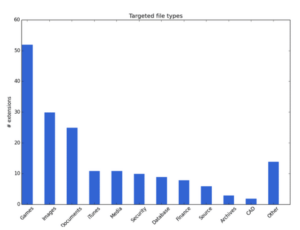 So, if you know any gamers out there that indulge in games like Minecraft, World of Warcraft, League of Legends, or just about any other title distributed through the Steam PC-gaming platform, you should probably warn them about this danger. The researchers claim that this malware can also detect company-specific malware, like those from EA Sports, Valve, Bethesda, and more.

The point of this article is to show that malware can and will evolve to survive in any way it must. This means that it will likely continue to adapt to changes in the technology industry, all to make everyone’s lives miserable. Don’t let this happen to your organization. Give SemTech IT Solutions a call today at 407-830-1434 to protect your business’s infrastructure from CryptoLocker and all forms of malware.