DANGER! Vulnerability in Internet Explorer Not Patched Yet, No Fix for XP 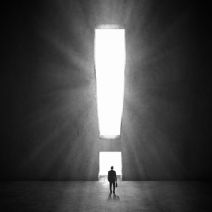 Internet Explorer is one of the most used web browsers. Despite this, there have been various security problems with it, and another one has just been found – a zero-day vulnerability that leaves IE users at the mercy of hackers. We will cover what you need to know to keep your business safe.

Microsoft has made some suggestions to protect yourself while they are rooting out the problem. In order to keep your threat level to a minimum, do not use Internet Explorer at all until the problem is resolved. Internet Explorer might be a staple for your daily routine, but it is highly recommended that a different web browser, such as Google Chrome or Mozilla Firefox be used during this dangerous time.

Additionally, Microsoft has announced that, true to their word, they will not be releasing a patch for their Windows XP machines, and they recommend upgrading to a new operating system, such as Windows 7 and 8.1, as soon as possible. If you are stuck using Windows XP, you need to say goodbye to Internet Explorer and use an alternative browser.

SemTech IT Solutions can guide you in the process of upgrading your workstations to something more stable and secure. We understand that it’s no cakewalk to re-evaluate your entire network, but it’s something that needs to be done to prevent major risks to your security. We can also monitor your systems for you to ensure that nothing breaks through your defenses too easily. Call 407-830-1434 today, and we’ll help you find the best operating system for your company!