Darkcoin: Anonymous Cryptocurrency for the Paranoid… and the Criminal 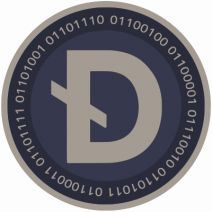 The world of online currency is a strange, bizarre realm. While it’s designed for online transactions, it has gone from the somewhat useful (Bitcoin) to just plain silly (Dogecoin). However, there’s now an anonymous cryptocurrency available for use called Darkcoin, which attempts to make online transactions more difficult to trace.

Bitcoin and other cryptocurrencies keep track of online transactions using a public ledger called the blockchain. This allows users to view transactions of others, and allowing them a unique insight into whether or not the user is to be trusted. Darkcoin allows users more control over their anonymity by mixing up the records within the blockchain. Darkcoin mixes your transaction records with those of several others, making it difficult to trace the transaction back to an individual. This prevents spying from government agencies, corporations, or even hackers.

In an age where online privacy has been torn to shreds, users want to take advantage of anonymous transactions. But anonymous online transactions aren’t just valuable to organizations and individuals, but to hackers as well. Bitcoin has proven that it’s not the most secure form of online payment, as evidenced by several hacking attacks. This is one reason why an anonymous cryptocurrency was introduced; if hackers don’t know where it came from, they can’t trace it back to the user.

The value of cryptocurrency varies depending on what you’re talking about. Bitcoin is valued at around $337 per coin, while Dogecoin’s value is practically nonexistent (1 million Dogecoin’s is worth around $118, and is seen as more of a novelty than anything else). Darkcoin, however, is much different from these cryptocurrencies. Unlike Bitcoin, which is very costly, Darkcoin is very affordable at $1.73 per coin, making it an anonymous alternative. At one point, Darkcoin’s value had reached $7 a coin, but has since decreased.

With anonymity becoming so affordable, hackers will no doubt try to abuse it for their own gain. When Bitcoin was first released, it was known as a popular method of payment for drug trafficking and smuggling over the Internet’s black market. This was known as the “Silk Road,” but has been busted by the FBI in September. This begs the question of whether criminals seeking to make use of Darkcoin will use it for questionable online activity.

Unfortunately, this question isn’t up for debate, and hackers and criminals have already started to use Darkcoin for the purchase and sale of drugs. Users are now able to purchase substances like LSD, marijuana, and other more hardcore drugs, all over the Internet with Darkcoin. Completely unacceptable, if you ask us.

In spite of the behavior surrounding Darkcoin, its creator, Evan Duffield, continues to defend cryptocurrency as a protector of privacy rights:

Yes, it was accepted and implemented by these two markets. I can’t really control that. The goal has always been to make a currency that’s privacy-centric and is more for mass consumer base types of things. It’s not just for buying drugs online.

Despite the accusations, Duffield makes a valid argument. Privacy is a big deal on the Internet. Yet, cryptocurrency has been well known as a method for purchasing illegal substances, and was one of the big reasons why Bitcoin rose in popularity and usage. Perhaps it’s now Darkcoin’s time to grow and be used for purposes other than illicit activities. Just remember that SemTech IT Solutions doesn’t endorse such activities concerning cryptocurrency of any kind.

While we might not recommend cryptocurrencies for any business deals, we do recommend practicing maximum caution while performing Internet transactions. With a security solution like our Unified Threat Management device (UTM), you can take advantage of a strong firewall, antivirus, web content blocking, and a spam filtering solution. These measures keep you safe in the dark reaches of the Internet. For more information, call SemTech IT Solutions at 407-830-1434.