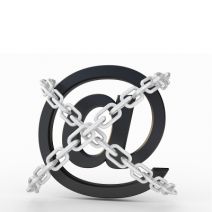 There have been a lot of complaints against the proposed Comcast-Time Warner Cable merger, and finally, another prominent service provider has spoken out against it. Dish Network has expressed their dismay over the cable juggernauts’ union in a very long, in-depth petition aimed at convincing the Federal Communications Commission to shoot down the merger before it destroys cable provider competition.

Net neutrality, or the right to an open, undiscriminated Internet service, has been a hot topic, especially with the proposed merger put in place. The FCC rescinded the previous net neutrality laws, claiming that the foundation upon which they were built was flawed, and is in the process of creating new net neutrality laws. Without net neutrality laws put in place, Comcast and Time Warner Cable would be able to essentially control Internet users’ access to certain services, like Netflix and Hulu, and limit what one can do with their Internet connection.

In opposition, Dish Network has proposed that there are three key points that Comcast and Time Warner Cable’s merger would need to prove in order for it to go through:

Antitrust Laws
For those who are unaware of what antitrust laws consist of, they are rules put in place to protect business owners’ rights to fair business practices. These are generally meant to prevent businesses from forming monopolies in a particular industry. In the Internet industry, Comcast and Time Warner Cable are two huge names all across the United States. Antitrust agencies concentrate on preventing mergers which can cause highly concentrated markets. If the proposed merger goes through, there’s a good chance that the majority of citizens will have to accept services from the massive ISP, or simply be left without another option.

Is This in the Public’s Best Interest?
We think that the awful customer service reputation speaks for itself. You might have heard the horror stories, but nothing will compare to experiencing the pains personally. More and more people are recording their conversations with ISsales representatives in order to show the world what we may have to deal with if this merger goes through.

What About Competition?
This merger essentially spells the end for any ISP competition. Comcast and Time Warner Cable are already the two largest ISPs in the country, and you’d be hard-pressed to find any legitimate competition for them as it already is. If these two companies merge, any competition would simply be crushed underneath their heel. It’s ridiculous to think that this could possibly benefit competition in the industry. It takes away any chance that startups and even established ISPs have of succeeding.

At SemTech IT Solutions, we believe that every business has its own rights to the Internet. You still have until September 10th to tell the FCC how you feel about net neutrality. This is a motion that affects the entire Internet-using population (so, basically, everyone). You don’t want Internet service providers limiting what you can and can’t use your Internet connection for. Let them know what you think about net neutrality before it’s too late.