Does Open Source Software Have a Role in Enterprise IT? 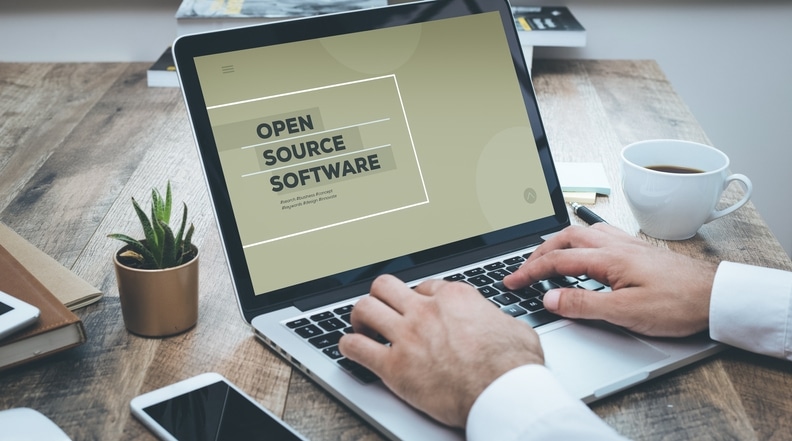 Open source software has come a long way since the 1980s. Back when the concept was first developed, it was a philosophical revolution in the software world. Releasing software for free wasn’t new, but releasing the source code behind the software and even encouraging others to improve upon it was game-changing.

Open source software used to be viewed as the software equivalent of homebrew beer: an interesting hobby with sometimes attractive results, but not at all useful at scale. Over the twenty-five-plus years since its origins, things have changed. There’s no perfect analogy, but you might say the open source crowd has evolved into the equivalent of a network of craft brewers. Each brewer crafts something unique, and they all share their recipes and brewing techniques freely, both with other brewers and with consumers. Because of this collaboration and free sharing of information, the results just keep getting better.

Uses of open source software in enterprise settings vary widely, of course. Small businesses may not venture far outside OpenOffice, an open source alternative to Microsoft Office. Enterprise level businesses, however, tend to do more. That same Red Hat study names five areas where open source applications are being used in surveyed enterprise businesses at a rate of 41% or higher. These five are website development, cloud management, security, big data & analytics, and databases.

If the source code is freely available, the software itself is almost by definition offered for free as well. There are limited exceptions, but most of the time, open source software is free to use. This makes sense practically, as it’s challenging to charge for the shell when you’re giving away the innards for free. It’s also a philosophical decision, as the open source movement is closely connected to the ideas of the free software movement.

Open source software at the enterprise level isn’t being designed by hobbyists with day jobs. This is complex software that takes real development work. You may be wondering, then, how the developers put food on the table. In many cases, the answer is support.

When you purchase enterprise software from a traditional source, you usually enter into a license agreement where the seller or the developer will support your use of the software, for a yearly fee. Similar arrangements are available to help you support many open source enterprise applications. The software is free, and you’re free to customize it. If you need support, though, you’ll need a service level agreement (SLA) or something similar. These aren’t free.

Off-the-shelf software solutions don’t allow you to customize the software beyond whatever settings the developer offers. You’ve likely experienced this on a small scale. Many people who use Microsoft Outlook for email, for example, aren’t thrilled with the program’s search function. Too bad: neither users nor company IT departments have the ability to enhance this feature beyond what Microsoft provides.

Open source software is different. Companies can tailor the software to their needs and can tweak the source code so that the new software interfaces properly with their existing systems.

Con: You Have to Do It Yourself

The previous pro is a bit of a double-edged sword. The ability to customize software is great, but your company needs people with the skills to do that customization well. Even the best IT pros may get stuck in this process, and finding dedicated support can be a challenge.

Contrast this with complex high-end proprietary enterprise software suites, which often come with support from the vendor. Vendor agreements may include some custom interfacing work. The software and service agreements are costly, but you aren’t left on your own to do the customizing.

For many businesses, open source enterprise software can save money and improve functionality, but navigating the open source waters can be a challenge. If you need help, contact us today!