Even the White House Needs IT Services 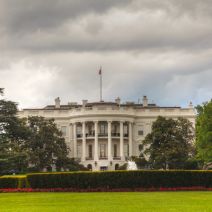 A change is happening in the White House. Mikey Dickerson, a Google site reliability engineer, has just been appointed by the United States government as the deputy federal CIO, proving that even the big wigs need consulting from time-to-time.

One of Mikey Dickerson’s primary goals as the deputy federal CIO is to “help government IT function more like a private sector.” His services were requested following the launch of Healthcare.gov, President Barack Obama’s troubled golden healthcare initiative. To those who have been living under a rock, Healthcare.gov has practically been down more than it has been available since its October release date in 2013. The unfortunate truth is that the lack of technical attention paid to the $1billion+ website has put President Obama’s Affordable Care Act at greater risk than it already was.

Dickerson let his thoughts be known about the Healthcare.gov website in June at a healthcare conference, where according to Computerworld, “In 18 minutes [Dickerson] did more to explain what happened at Healthcare.gov than all of the government reports and congressional hearings combined.”

But, more importantly, beneath Dickerson’s critique of the government site, he also advised computer engineers to seek jobs within the government. The Healthcare.gov debacle was a great example of how bringing some of the United States’ top IT talent into the government can advise the higher-ups on best technical practices. Dickerson is also to run the “U.S. Digital Service,” which is supposed to improve the way that the federal government develops new IT endeavors.

Dickerson ultimately broke down the failure of the website into four primary issues:

The induction of more IT-related professions in the federal government is an important first step toward integrating powerful tech solutions to streamline operations in some of the country’s highest offices. We can all learn a lesson from the hiccups of Healthcare.gov, and among them is a big one: hire an experienced technical professional for your IT needs.

SemTech IT Solutions is just the group of technology professionals your business needs. Not only will we monitor your tech in the event of unplanned troubles (like your servers going down), but we will also keep you in the loop. We provide vendor management solutions which will help keep your assets and resources organized, and when it comes to managed IT services, we know what we’re doing, and so should you. Give us a call at 407-830-1434 for presidential-like success.