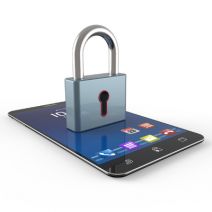 There’s nothing quite like the feeling of getting scammed, and the scammers of today love using technology to rip you off and leave you with that sinking scammy feeling. The best way to avoid scams is to be proactive and know what to look for. New to your list of scams to be on the look out for are fake apps.

Just in the iTunes store alone there are over one million apps to choose from. Take into account the additional apps in Google Play and it’s easy to be overwhelmed by an app tsunami. Not every one of these apps is legit. This was recently found to be the case with Virus Shield, one of the most popular mobile security apps in Google Play. Priced at $4 it received a 4.7-star rating, was downloaded over 10,000 times, and, oh yeah, it did absolutely nothing! Before Virus Shield was found to be a scam it managed to work its way up to #3 in Google Play’s list of top Android Pay Apps, behind Minecraft and SwiftKey.

The only thing the Virus Shield app did was change its icon from an “X” to a “check” after a fake virus scan was “initiated.” This fake app may have given the user peace of mind that their device was protected, but it was a false sense of security because an animated graphic cannot stand up to actual malware. The falseness of a security app is extra dangerous because it can leave the device and any network connected to it completely vulnerable.

For a scam like this, it’s difficult to really know that you’re being duped until the scam is discovered and the online community is alerted. When this happens you should be notified about the stinker app from the app store from whence it came from. This is one reason why it’s important to not ignore notifications from trusted services like these, and why you need to run an updated OS on your device because security patches will often catch and report malicious apps on your system.

It’s easy to fall for a fake app like Virus Scan because the accompanying reviews in the app store are submitted by people that have been fooled, which would explain why Virus Shield was able to pull a 4.7-star rating. One way to guarantee that you’re not getting a bogus app is to download one that’s made by the same company responsible for making your operating system–like Apple or Google, or other trusted developers. The one thing that all fake apps have in common is that they’re made by third-party developers.

You can also dig a little deeper than the product description before downloading an app. Sometimes a subpar third-party app will give their app a name and a logo that’s meant to trick a user into thinking that they’re downloading the official app that everyone knows and trusts. When in doubt, you can always do a web search about the app in order to find recent reviews posted outside of the app store. If an app like this is trending poorly, then a Google search will clue you into its falseness.

One advantage that comes with having SemTech IT Solutions monitor your company’s network is that we’re able to catch and take care of malicious and fake software on your system before it can cause serious problems. We can also help you initiate a Bring Your Own Device policy for your business so that an employee using a malicious app won’t bring your entire system down. You can reach us at 407-830-1434 to learn more.

Always use caution when downloading new software; there are a lot of scamsters on the Internet looking to take your company for a ride!