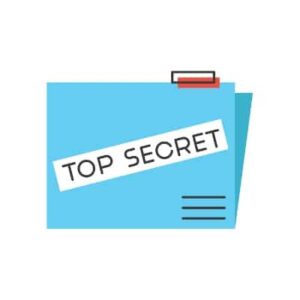 Does the U.S. Constitution allow the American government to access the electronic devices of its citizens? According to FBI Director James Comey’s statements at Symantec’s Annual Government Symposium, it certainly does.

This situation was birthed from the tussle between Apple and the Federal Bureau of Investigation after Apple refused to grant the FBI the information necessary to unlock an encrypted iPhone linked to a terror case. In the end, the FBI managed to unlock the device without assistance from Apple after threats of lawsuits and other unpleasantries were thrown around.

Reacting to this issue, as well as the trend towards more encryption in mobile devices causing complications during investigations, Comey clarified the bureau’s stance on the privacy of the American citizen. Conceding that there is a reasonable expectation of privacy in houses, vehicles, and mobile devices, Comey asserts that there are other considerations to take into account to justify revoking that expectation, going on to say: “With good reason, the people of the United States–through judges and law enforcement–can invade our public spaces.”

Comey also made a point of saying that, while the FBI has no business telling American citizens how to live and govern themselves, the tech companies have no business doing so either. This came as a direct response to the open letter many tech company higher-ups signed last April that demanded the US government end the mandates that would require access to encryption keys for the interests of law enforcement and national security.

Naturally, these Silicon Valley leaders don’t agree with Comey, and neither do all of his peers. Nuala O’Connor, who holds the titles of president and CEO of the Center for Democracy & Technology as well as the first Federal Chief Privacy Officer for Homeland Security, had little good to say about the ideas of her respected peer. According to O’Connor, “He could not be more wrong on encryption.”

What are your thoughts on Director Comey’s views? Do you think any government has the inherent right to access a digital device–arguably invading the privacy of the citizen–even if it’s ultimately for the greater good? Share your thoughts in the comments, and be sure to keep checking back to SemTech IT Solutions’s blog.