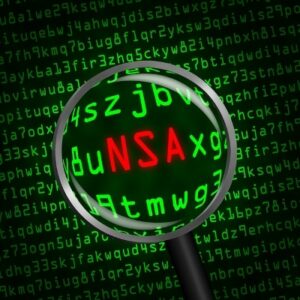 Every security professional’s worst nightmare consists of the National Security Agency (NSA) being hacked. While there’s no proof that the NSA itself has been hacked, there is some evidence to suggest that some of the exploits used by the agency are up for grabs on the black market. What this means is that a lucky group of hackers could potentially get their hands on some very dangerous tools.

Of course, there’s no guaranteeing that the tools obtained are actually tools used by the NSA. Unfortunately, there could be a hint of truth to these claims. After all, security researchers have found that some of the sample files provided by the hackers do contain some actual, legitimate exploits. Some of them even include exploits for widely-used security services and firewall solutions, which could be dangerous if acquired by hackers who are more interested in using them than making a profit.

The hackers who obtained these exploits claim to have stolen them from the Equation Group, a cyber-espionage group that reportedly may be tied to the NSA. The Equation Group is known as the hackers who, according to Kaspersky Lab, probably helped to develop the Stuxnet computer worm, and are known to deal with advanced malware. Apparently, a group of hackers, known as the “Shadow Brokers”, are looking to auction off these cyber weapons to the highest bidder.

Specifically, the exploits on sale are designed to target firewall technology from big names such as Cisco, Juniper, Fortinet, and a Chinese brand called Topsec. Security professionals are calling the code legitimate, and one even managed to confirm that one of the exploits has an IP address that’s registered to the United States Department of Defense. It’s thought that the exploits were found on an infrastructure they were monitoring, and thus gave the hackers exactly what they needed to turn a profit.

The hackers are currently offering the exploits on the black market in exchange for Bitcoin, but there’s no guarantee that they will make good on their promise and hand them over. Some professionals even believe that it’s an elaborate scam. The NSA hasn’t confirmed any affiliation with the Equation Group or the exploits stolen, so who knows if the Shadow Brokers are telling the truth about any of this?

The Shadow Brokers claim that they will publicly expose these exploits if they can get 1 million Bitcoins. Can you imagine the sort of chaos that could be unleashed should they make good on their threat to reveal this information? Hackers would have government-grade espionage technology at their fingertips; and until patches are released for the exploits, hackers could mercilessly assault systems that fail to keep themselves safe, and even those that are.

How secure are your mission-critical files? To find out, contact SemTech IT Solutions at 407-830-1434.