If Classic Monsters Were Computer Viruses 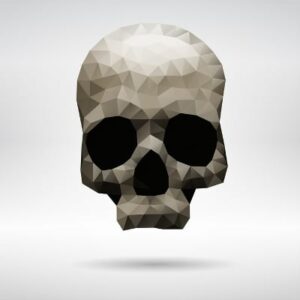 What’s scarier, monsters or computer viruses? While it would be horrifying to be caught in a dark alley with a vampire, it would also be terrifying to lose your data to a hacker. Each entity is scary in its own right, but how frightening would it be if the two were combined?

We think that connecting well-known Internet viruses with classic monsters is a fun Halloween exercise that’s sure to strike fear into the hearts of IT technicians and casual users alike. Read on (if you dare!) to find out SemTech IT Solutions’s take on what it would be like if these four well-known monsters were computer viruses.

The Fly is an Overwrite Virus
What an overwrite virus does: This virus infects a file and deletes its information while overwriting it with new information. The only way to rid a computer of this virus is to completely delete the original file.

Why The Fly is an overwrite virus: Before The Fly was a hideous monster buzzing around and eating people, he was a brilliant scientist working on teleportation. One day, he volunteered himself as a test subject for his own teleportation machine. Little did he know, but a small fly found its way into his teleportation pod too, causing his DNA to become overwritten with fly DNA. Unfortunately, the only way to end The Fly’s reign of terror was to permanently “delete him.”

The Wolfman is an Executable Virus
What an executable virus does: This is a non resident computer virus that stores itself in an executable file. When the file is executed, it then infects other files. However, until the file is executed, it will sit dormant on a user’s PC, awaiting orders to strike. The activation of the virus could come from the launching of a specific application, restarting of the PC, or even a direct command from a remote hacker.

Why the Wolfman is an Executable Virus: In order for Wolfman’s transformation to take place, something has to activate it that’s outside of his control–a full moon. Until his werewolf side is “executed,” nobody knows that he’s a werewolf and he doesn’t pose a threat. Then, like a hacker remotely activating an executable virus, a full moon appears in the night sky and Wolfman does unspeakable acts of violence that are outside of his control.

Zombies are Botnets
What a Botnet does: A Botnet is designed to spread its malicious malware to other systems, and its traffic can be masked as regular network traffic. These newly infected systems will then create more Botnets, which can then be utilized as one makeshift system with a singular purpose, predetermined by a hacker. Often times, Botnets are used for malicious purposes, like stealing data, spamming, and DDoS attacks.

Why it’s a zombie virus: A zombie infection spreads from person to person by completely overtaking their system. Sometimes, an infection isn’t discovered until it’s too late. Once a person becomes a zombie, they’ll then join forces with other zombies in a Botnet-like horde to bite people and turn them into zombies too. Also, like a Botnet, zombies are united with a single, malicious goal–braaaains!

Hostile Aliens are Ransomware
What Ransomware Does: A computer that’s infected with ransomware will have its data compromised and taken over by a hacker, who will then hold the information ransom and demand payment from the PC’s owner. The most well-known form of ransomware is CryptoLocker, which encrypts a user’s computer and locks them out of their system. If the ransom is not paid by a stated deadline, then the user’s data will be deleted.

Why Ransomware is Aliens: What makes ransomware so scary is that it actually combines several different viruses. The thing about aliens is that there’s a variety of different alien races portrayed in the movies. Yet, many of these aliens share the same two goals, 1) the complete takeover of Earth, and 2) abducting humans. However, in an alien-abduction scenario, they’re not overly interested in Bitcoins and there’s little chance that the victims will be returned after their insides become “encrypted.” In similar fashion, paying a hacker the requested ransom doesn’t necessarily guarantee the return of one’s data; there have been cases where hackers will still delete the stolen data, even after the ransom has been paid. Now there’s a scary IT story you can tell around the campfire (or firewall).

All of this goes to show that if you’re ever being chased by a monster, you’re not going to be able to run and hide on the Internet because it’s full of its own set of digital dangers. Your best bet to protect yourself from the monsters of the Internet is to have SemTech IT Solutions on your side with our Unified Threat Management network security solution. Like a garlic necklace, the UTM keeps out the worst of the web with its enterprise-level firewall, which means that only the treats get through, and not the tricks. From all of us at SemTech IT Solutions, Happy Halloween!