Internet Users in 1993 Had Too Much Faith in Humanity [VIDEO] 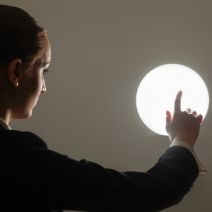 Every new technology comes with optimism that it will better the future. Take for example gunpowder. Invented in the Ninth Century, Chinese alchemists created it while searching for an elixir of immortality. Twenty years ago, the early adopters of the Internet had the same optimism about how this new tech would make the world a nicer place.

This misplaced optimism is on full display in a 1993 CBC interview with “Internet enthusiast” John Allen. John explained to viewers what the Internet is, and how it will benefit the world. See the interview for yourself:

Regarding John’s comments about how the Internet provides people new social opportunities by allowing them to easily connect and converse with thousands of others with shared interests, he is spot on. This positive side of the online community has been around since the dawn of the Internet. Chat rooms and forums are still popular, and today’s social media tools make it super easy to connect with people just like you!

In fact, our society may be too dependent upon the Internet for today’s social interactions. As John talked about walking into a bar for the expressed purpose of finding new people to talk to, many of us modern Internet users cringed at the idea of approaching a complete stranger and striking up a conversation. In the past twenty years, the Internet has changed the social scene so dramatically that the bar is now a place where you go with your like-minded friends (friends you made over the Internet). No longer is the bar a place where you go to make new friends.

The popular 1980’s sitcom Cheers would look a lot different if it were filmed today because all of its lovable characters would be sitting around the bar spending half of their time glued to their smartphones. The times are a changin’, and the place where “everybody knows your name” is now Facebook.

We digress. The best part about this 1993 interview is John’s optimism about how the Internet brings out the best in people and will make the world a nicer place:

As we all know from firsthand experience, today’s online community is populated by people from all around the world, and it seems the loudest voices are rude, crude, and have a specialty for “personal cuts.”

Granted, there are many positives that make the Internet worth using, despite the onslaught of negativity from what are known as “Internet trolls.” However, the idea that the Internet has made the world a nicer place is a prediction that fell the way of Y2K. In fact, here are a few statistics that show the Internet is actually responsible for bringing out the worst in people.

At SemTech IT Solutions, we love touting the advances and benefits of technology like the Internet, but we do so with a grain of salt, knowing that technology is nothing more than a tool that can be used for both good and bad. Therefore, the world won’t become better or worse due to technology, that outcome is based on how people choose to treat each other.

Technology is a tool that can be used to change your company’s bottom line for the better! Call SemTech IT Solutions at 407-830-1434 to learn about turnkey business solutions designed to meet the unique needs of your business and increase profits. From this perspective, technology solutions from SemTech IT Solutions can make your world a much nicer place!

Bonus Blast from the Past!
In 1993, one of the most anticipated uses of the newfangled Internet was its ability to send a fax from the beach: