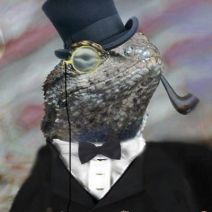 In the past, we’ve been known to go into detail about threats, vulnerabilities, and how to protect your business while online. Distributed denial of service (DDoS) attacks aren’t new in the technology world, but notorious hacking group Lizard Squad has somehow managed to take out Internet service for much of Sweden with a faulty DDoS attack; an unprecedented feat, especially for a ragtag group of irate gamers.

Lizard Squad’s online reputation has grown considerably over the past few months. Earlier in December, the group of hackers took down Microsoft’s Xbox Live online gaming service with a targeted DDoS attack. They overloaded the server with traffic, forcing users offline for several days. They were also responsible for the DDoS attack on Sony’s PlayStation online gaming service earlier this year.

Their efforts were usually accompanied by the tweet “#offline” with the name of the service targeted following it. Another message from the enigmatic and extremely vocal group include “the clock is ticking,” and they claim that this is only a small dose of what’s to come around Christmas time. We’ll find out whether they are the real deal or not in the next few days, but we do know that DDoS attacks on servers are some of the most annoying problems.

Notice a pattern? They only seem to target online gaming services. Yet, their efforts at nailing an unnamed gaming company forced the Internet service of several users in Sweden to fail. Telia, Sweden’s largest ISP, delivers 1.2 million users service, and countless organizations were without it for 45 minutes. The outage took down fixed-line broadband, digital television, and VoIP connections; all because of a DDoS attack against a company which wasn’t even the prime target.

Even if a DDoS attack doesn’t go as planned, it could still have a profound effect on your business’s operations. Extended downtime isn’t the ideal situation, no matter how you look at it. Right now, your budget is wincing at the thought of 45 minutes of downtime for your entire company. That’s 45 minutes your employees are getting paid to do nothing, making it a significant expense which doesn’t benefit your business in any way.

Complimenting this fact is that DDoS attacks are readily accessible and fairly cheap. As shown by Lizard Squad, even a group of irritated gamers can take down larger companies with one of these attacks. Igal Zeifman, a researcher at Web security company Incapsula, explains why DDoS attacks will continue to be a problem for any business in the future:

This trend is likely to continue for two main reasons: First, anyone can access ‘DDoS-as-service’ solutions today and generate mid-sized attacks for a less than $50. Second, the coverage of attacks is instant and widespread. When all you need is a PayPal account, instant Internet notoriety has never been easier.

In any other situation, SemTech IT Solutions’s Unified Threat Management solution would be a comprehensive and preventative measure to handle online threats. However, a DDoS attack is another issue altogether. Since DDoS attacks trigger immense amounts of server traffic, often from several different IPs, you want a solution which will help you prevent further attacks from occurring. SemTech IT Solutions offers a remote monitoring service, which will allow us to remotely monitor your network traffic and notice irregularities. We can then proceed to block the IPs, making sure that such an attack doesn’t happen again from the same source.

Preventative measures are the most important ways to handle business issues, but reacting to problems as they occur is also a valuable asset to look for in an IT provider. SemTech IT Solutions’s professional IT staff can help your business take on the industry’s latest threats. Just call us at 407-830-1434 to get started.