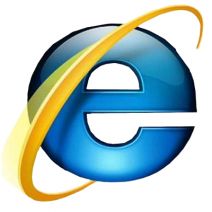 In an attempt to push users toward the most recent installment of Internet Explorer (IE 11), Microsoft has announced that, as of January 2016, all older versions of Internet Explorer will reach their end-of-support date. This means discontinued patching and security update support, putting all who refuse the upgrade at risk.

As with all good things, they must eventually come to an end. For some, this might be a breath of relief, while for others it may seem like a bit of a letdown. Believe it or not, some people are still opting to run the less secure Windows XP when they could update to something much nicer and more secure. But, according to Microsoft, on January 12, 2016, “only the most recent version of Internet Explorer available for a supported operating system will receive technical support and security updates.”

This puts some businesses in tricky situations, as some of their applications may not operate without older versions of Internet Explorer. Microsoft offers an enterprise mode for IE 11, which lets you access backward compatibility for your legacy applications while you upgrade to more modern technology. There might also be wiggle room for businesses to receive patches, similar to the Windows XP deals some businesses have made (for a hefty fee, of course), but it would be much more economical in the long run to just upgrade away from your legacy software.

If your business needs help keeping operations constant while upgrades are applied, or if your business needs consultation concerning how to move to more modern solutions, contact SemTech IT Solutions. We can apply updates and security patches to your systems remotely so your network will always operate at maximum security. For more information, call us at 407-830-1434.