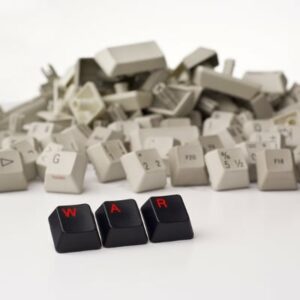 Security professionals have been at war with hackers ever since the Internet was created, but a recent NATO decision has affirmed the fact that cybersecurity is a real-world problem, and one that needs to be fixed. Just like land, air, and sea, cyberspace has become a battlefield, albeit a very different kind of battlefield.

The decision by NATO declares that cyberspace can be defined as an “operational domain,” which is an area where conflict can occur. There have been some incidents of cyber attacks that have transcended from the cyber realm, to having effects in the physical world, such as the recent Ukrainian electrical grid hack, or the supposed Iranian hack of a United States dam control system. The idea is that hacking attacks can have direct effects, such as causing blackouts or turning off critical systems.

NATO Secretary General Jens Stoltenberg made a valid observation concerning the decision to add cyberspace to the list of operational domains: “Cyber defence is part of collective defence. Most crises and conflicts today have a cyber dimension. So treating cyber as an operational domain would enable us to better protect our missions and operations.”

Technology is so prevalent in today’s world that it’s practically impossible to imagine warfare, of any kind, that’s not assisted by it; and where there are technology systems, there are networks that can be hacked and taken advantage of. If data that’s deployed to bases or war zones is inaccurate, lives can be lost, rather than protected. Another example would be hacking critical infrastructure, like with what happened in the Ukraine, which left countless citizens without heat, electricity, and other necessities.

In particular, NATO plans on securing its networks and focusing on helping other countries secure theirs, as well as implementing ways to identify where attacks come from, and why. In 2014, NATO changed its policies on cyber attacks to allow NATO to respond in force to any attacks against nations that are involved with the organization, so defining cyberspace as a grounds for conflict shows just how quickly this situation is escalating.

Of course, all of this is easier said than done. Cyber security as a whole is still handled primarily on a state level, and while the US and UK plan on investing in cyber security, other countries find that it’s of low priority, or that it’s too far off to consider at this moment.

This decision by NATO should reaffirm that your business needs to take a cautious, proactive approach to network security, as well as leverage best practices in order to minimize risk while working online. If your business falls victim to a hacking attack, you’ll realize far too late that the online world is a dangerous place filled to the brim with malicious entities. Therefore, it’s in your best interest to take a preventative approach to network security.

SemTech IT Solutions can equip your business with the tools needed to keep your IT infrastructure safe. To learn more, give us a call at 407-830-1434.