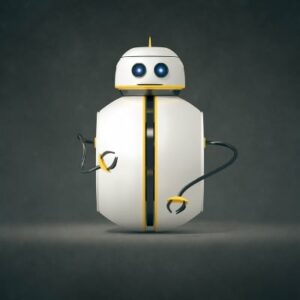 New consumer technology holds a special place in many users’ hearts. In particular, the LG Rolling Bot looks like it will be a nifty little device to leave either in your office or at home. Basically, it’s a rolling security camera that can be controlled remotely through a smartphone.

The LG Rolling Bot is actually pretty neat and is capable of many different feats remotely. It works by connecting to your home or office WiFi connection and is controlled via a smartphone app. Through your device, you can see what the Rolling Bot’s camera sees, and hear what the bot hears. This makes it great for a roving security tool, but you can also speak through the app as if you were there. Furthermore, the LG Rolling Bot can connect to and interact with other smart home appliances via Bluetooth. This is great in some cases, as it lets you turn off devices if you’ve accidentally left them on.

Perhaps one of the most fun features of the LG Rolling Bot is its laser pointer. You can use it to bother your pets while you aren’t there. In general, it looks like the LG Rolling Bot will be able to change the way that you handle pet sitting. By using its camera to wirelessly monitor your cat, dog, or other pet, you can ensure that they’re both safe and entertained. Using the voiceover feature can let you communicate with them even when you’re not there, which might be fun for you, but confusing for them.

You can see the LG Rolling Bot in action in this video from DigitalTrends:

Of course, you also need to take into consideration the security issues that come from using such a device. By using your home or office WiFi, the device can potentially be put at risk of encountering dangerous malware or viruses. If this happens, it can be hacked like any normal Internet-connected security camera. Granted, there isn’t much that a rolling device like this can do, but the real issue that comes from this is how unsettling it can be to unknowingly have someone watching your home and your family through the device.

On the other end of the controls, what if your smartphone were to get hacked somehow? Hackers could remotely control the device, watching, listening, and potentially even speaking through the app’s controls. There have been horror stories of devices like baby monitors being hacked too, so there’s a precedent set for this type of vulnerability. This is a common problem with many Internet of Things devices. They might have great capabilities, but if they’re compromised somehow, they can be exceptionally dangerous. In many cases, the devices aren’t necessarily threatening, but the possibilities for them to be tampered with shouldn’t be ignored.

Now, it’s time for the real question that we want answered: how is the LG Rolling Bot going to handle stairs?