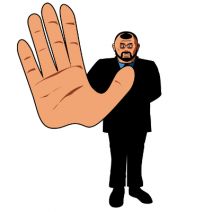 We recently covered net neutrality and all of the threats that could compromise our right to indiscriminate Internet service, but a new development concerning 21st Century Fox and Time Warner might be one of the most scary situations yet. In a $80 billion bid, 21st Century Fox attempted a takeover of the media supergiant.

Thankfully, Time Warner dismissed the bid and declined it. However, Rupert Murdoch of 21st Century Fox has been reported as “determined” to proceed with his takeover, and some believe that he will stop at nothing to acquire Time Warner.

What Does this Mean for Net Neutrality?
Fox has reportedly offered up CNN as a part of the deal, and since Fox News and CNN are direct competitors, the sale could avoid antitrust concerns. This is essentially a fancy term of saying that Fox can weasel its way out of violating laws which protect fair business practices. By avoiding violation of these laws, Fox could consume Time Warner and turn into a gluttonous, titanic media-consumption juggernaut.

Does This Violate Proposed Net Neutrality Laws?
Any deal between Fox and Time Warner wouldn’t be included in the proposed Comcast-Time Warner Cable merger, as the cable side of Time Warner’s business is a separate entity. This means that Fox wouldn’t have access to the distribution of Internet providing services that Time Warner Cable controls. They would, however, be in full control over Warner Bros. production and distribution of television shows, including MLB and NBA broadcast rights, and HBO. Just imagine for a moment how huge of an impact this could have on the way consumers watch television.

Is This the Ending of Bids, or the Beginning?
The two CEOs are not currently in discussion, but as previously mentioned, Murdoch is set on finding a way to take over Time Warner. But, he’s not the only one who might be interested in this acquisition, now that figures of proposed bids have been made public. The company can now also feel the pressure of countless shareholders, and must take any other offers seriously. Their decisions in the future could have a ripple effect on a lot of people, especially considering that shares in Time Warner saw a 12 percent increase in value following the bid.

What are your thoughts on this big takeover, and do you think it might affect the way that we consume media? Let us know in the comments!