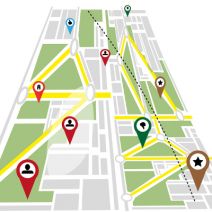 When a dining establishment goes out of business, it usually doesn’t make the news. After all, running a restaurant is a risky endeavor. However, for one Washington D.C. eatery, it’s blaming its failure a Google Places mishap, which makes you think twice about how important it is for your business to have its online information properly displayed.

Last year, Rene Bertagna boarded up his restaurant known as the Serbian Crown after experiencing a 75-percent drop in customer traffic over the course of several months. It wasn’t until it was too late that the cause was determined. It turns out that the Serbian Crown was the victim of a targeted hack to their company’s listing on Google Places. Check please.

For a business to be found online, it must have its information listed properly. The hacker, which was likely a direct competitor, was able to change the Serbian Crown’s Google Places listing to say that they were closed on Saturday, Sunday, and Monday. These mislisted dates directly corresponded with the days that the Serbian Crown saw a significant decrease in customer traffic. By the time a customer brought the error to the attention of the owner, it was too late–they’re goose was cooked–both literally and figuratively–we can do this all day.

One major factor contributing to the whole debacle is that the restaurant wasn’t located in a high-profile location. Bertagna’s lawyer explains, “It’s not really on the way to anything. If you’re going there, it’s because you’ve planned to go there. And unless you know that the place is going to be open, you’re probably not going to drag yourself out.” Due to its out-of-the-way location, one would assume that the restaurant management would have paid more attention to its online presence, but like a forgotten burrito in the microwave, this detail was neglected and they got burnt.

How could a business owner in today’s online age make such a huge oversight? For Bertagna, it’s easy to overlook details like this when you don’t own a computer. Believe it or not, there’s still a portion of the public which doesn’t use computers. Technically, one can get by today using phone books and paper maps instead of Google Places and Maps, but what happened to Bertagna’s business illustrates the impracticality of his off-the-grid approach.

Despite Bertagna’s anti-computer stance, he understood the importance of having his business properly listed online, which is why he tasked his accountant to set up his restaurant on Google Places. Originally, the Serbian Crown’s listing was correct, but an apparent hack changed the listing. In response to the incident, Bertagna attempted to sue Google, claiming that their security practices ruined the reputation of his business and caused it to close. The Virginia legislature threw out his case as meritless, but one has to wonder how mertiless his case really is in light of other businesses that have negatively been affected by competitors playing dirty and hacking their Google account. Here are a couple of examples:

The lesson here for your business to take extra care monitoring its online presence. That way, if an ill-intentioned competitor happens to hack your account and change your information, then you can quickly catch it and take care of it. Doing business today means that it’s essential to have an online presence, and like baking a soufflé, when the directions are followed the end product will be delicious, and if small details like online listings are ignored, then your business will fall flat.