Pluto Mail Makes it Possible to Unsend an Email 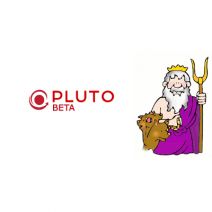 For those with weak stomachs, it’s not recommended to go back and read an email that was just sent. In doing so, a spelling or grammar error is likely to be found, which will cause one’s stomach to turn and fill with regret. If only there was a do-over button. Thanks to the new app called Pluto Mail, there is one.

Pluto Mail is currently in Beta testing. The demand for the service is so high that those looking to unsend their emails have to join a waiting list. Clearly, creators David Gobaud and Lindsay Lin have tapped into a significant need in digital communications. Pluto Mail is a free web-based mail service that syncs with email providers like Outlook, Gmail, or Apple mail, and it can operate as an attachment for other email services as well.

How does the email unsending service work? According to Lin, “If you have second thoughts about something you said, our service allows you [to] take it back.” Entrepreneur magazine likens the service to Snapchat, the popular anonymous chat service which quickly deletes the message after it’s opened. In fact, the service is cleverly named after Pluto, which was originally categorized as a planet back when we were all making models of the solar system out of styrofoam balls; but, upon further review, the scientific community did a take back in 2006, deeming it no longer to be a planet.

Pluto Mail is a web application that offers users the flexibility of working with any email service without the recipient being required to install Pluto Mail. This is an advantage over using encrypted email services which require both parties to install it order to use it.

With the reach of the NSA being more than what users are comfortable with, Gobaud believes that the popularity of Pluto Mail is based on today’s increased desire for online anonymity. Gobaud explains, “There is an increased desire to see the online world reflect the real world’s impermanence of information. We can take back words spoken in the real world, but in an online community (especially professional environments), who knows how long those words can haunt you for?”

Of course, correcting grammar mistakes and blocking the prying eyes of the NSA are the intended uses of Pluto Mail. However, one doesn’t have to stretch their imagination too much to see how this service could be used for nefarious purposes, like sending explicit material, airing grievances, insider trading, arranging and planning crimes, and more. Like its Snapchat counterpart, Pluto Mail is what it is and will likely be used for both good and bad purposes.

Unlike Snapchat, Pluto Mail gives the user more options than simply having the message automatically disappear upon seconds after it’s opened. With Pluto Mail, the sender can have the message disappear after a specified amount of time, ranging from seconds to days, regardless of whether the email is opened or not. However, all traces of the message won’t be deleted forever; a message with the subject line will remain in the inbox. When clicked on, the message will be gone and replaced with a statement about the email’s expiration.

Users of Pluto Mail are given the assurance that their deleted messages are erased from the servers at Pluto Mail. Of course, Snapchat offered its users the same assurances and found itself in the center of multiple scandals where this promise was found to be not true. Hopefully, Pluto Mail has learned from Snapchat’s mistakes and all of our emails riddled with spelling errors will be gone for good.

If Pluto Mail is able to live up to its promises, it will prove to be a very useful tool for businesses that send and share sensitive information. In the meantime, there are several other software solutions that allow companies to securely send sensitive data, as well as delete unneeded and even embarrassing messages for good. To learn more about these solutions and other useful apps similar to Pluto Mail, give SemTech IT Solutions a call at 407-830-1434.