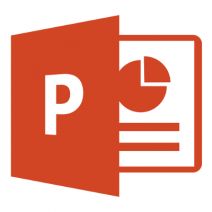 One would assume that being an officer in the military would require the ferociousness of a warrior and the mental fortitude to make split-second life-saving decisions on the battlefield. Surprisingly, in today’s modern military, there’s one skill that’s valued above the ability to fight: Microsoft PowerPoint proficiency.

Military strategy can be extremely complex. Every movement an army takes must go through a chain of command and analyzed through a geopolitical spectrum. What better way to organize this complex web of information on where to shoot bullets than with a bulleted list from PowerPoint?

From the battlefield to the Oval Office, Microsoft Office has become the preferred weapon in the arsenal of the American military. However, the lethalness of the software appears to be causing more damage to the forces that use it rather than to the enemy. In fact, the American Army has coined the phrase “death by PowerPoint” to describe the mind-numbing sensation that accompanies a 30-slide briefing. The military will also use a 25-minute purposefully-dry PowerPoint presentation to calm reporters wanting to ask too many questions during media briefings. The Army calls this strategy “hypnotizing chickens.”

While PowerPoint can be an extremely useful tool for coordinating major military operations, the Army is discovering something to be true that we in the business world have known all along: PowerPoint presentations can eat up a significant amount of time. In fact, making presentations takes up so much time that the Army has given the junior officers tasked with creating these presentations the made up title of “PowerPoint Rangers.”

In a 2010 interview, Army platoon leader Lieutenant Sam Nuxoll told The New York Times that he spends most of his time making PowerPoint slides. “I have to make a storyboard complete with digital pictures, diagrams and text summaries on just about anything that happens. Conduct a key leader engagement? Make a storyboard. Award a microgrant? Make a storyboard.”

With so many warriors being chained to their desks and forced to churn out one PowerPoint presentation after another, military officials are beginning to express annoyance at the software for its demand on their time, as well as questioning its effectiveness. As reported by NYT, “Commanders say that the slides impart less information than a five-page paper can hold, and that they relieve the briefer of the need to polish writing to convey an analytic, persuasive point. Imagine lawyers presenting arguments before the Supreme Court in slides instead of legal briefs.”

It’s dangerous because it can create the illusion of understanding and the illusion of control. Some problems in the world are not bullet-izable. A rigid lists of bullet points (in, say, a presentation on a conflict’s causes) that take no account of interconnected political, economic, and ethnic forces. If you divorce war from all of that, it becomes a targeting exercise.

What can we learn from our fighting forces’ experience with the business world’s favorite presentation software? First off, we wholeheartedly agree that PowerPoint is a dynamic presentation tool that can condense vast amounts of data in an easy-to-follow summary. However, on the next slide, we can see how easy it is to become overly dependent upon a solution like PowerPoint, to the point where preparing slides for every little task takes up too much of your precious time.

Microsoft PowerPoint is a great communications tool, but it isn’t the only solution on the market. There are other business applications that will let you get your point across without having to spend so much time editing slides, and there are ways to enhance your presentation with solutions like webinars that will let you to present from anywhere to an audience following along on their mobile devices.

In the battle for communication solutions, it’s important that your business is victorious. In the business world, we’re all fighting a war to win the hearts of our market. Call SemTech IT Solutions at 407-830-1434 to gain the technological advantage in your Orlando foxhole!