Read the following alert before charging your phone tonight and from this day forward. According to the Newton, New Hampshire, fire department’s PSA message posted on social media; it seems as though charging a phone in bed poses a serious health risk and lethal safety concerns for you and your loved ones. Now it is imperative you think twice before charging your tablet or smartphone in bed ever again. 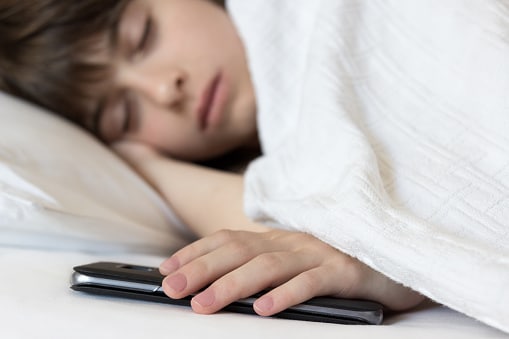 The Newton Fire Department, in Newton, New Hampshire shared this photo. You will notice burned sheets and pillows next to a device charger’s cord. If the picture seems scary, you now have your proof. Without warning, if a child or teenager is sleeping next to their phone while it’s charging, this could happen to them, putting them in grave danger.

According to the fire department, a home fire is reported in the U.S. every 86 seconds. They also uncovered some recent research which indicates over 50 percent of children and teenagers charge their tablet or phone under their pillows. When you consider that everyday habit, you must ask yourself, “where does the heat go if the phone is covered up?”

We all know if the heat from that charger can’t evaporate you’re going to have a cord, charger, and device that’s hotter and to difficult to touch. If the charger and phone are under the pillow, then that pillow, mattress, and the entire bed could catch fire, and the whole house could go up in flames, putting all the family members in danger.

Should we be concerned, isn’t this an isolated situation?

Unfortunately, it isn’t. It continues happening.

It wasn’t that long ago a 10-year-old boy, in Northern Ireland woke up in shock. He was charging his new phone in his bedroom overnight. What awakened him was the smell of smoke, as his iPhone sat burning on his bed. The phone got overheated and severely singed. Fortunately, there was no fire outbreak.

Then there’s the incident where a family of a 15-year-old girl from Wales had to flee their home. They were not as lucky. The girl’s iPhone overheated while resting on the bedding. Next thing they know the bed quickly caught fire and engulfed the home. Fortunately, no one was hurt. But it took six months before the family could return to their home, due to the extensive fire damage.

But we can’t just look at children and teenagers who leave their tablets or phones charging overnight. Take the Alabama man, in his 30s that nearly lost his life getting electrocuted, after he fell asleep with his cell phone charging right next to him in bed.

As he slept, the charger disconnected from the phone. But in the morning he rolled over, and his military dog-tags around his neck got caught on the exposed prongs of the plugged-in phone charger. What happened next, nearly took his life. The dog-tags acted as a conductor so, the electricity traveled straight to his neck. Strips of flesh and skin were missing from his neck and his shirt got singed, where the metal dog-tag necklace had burned his throat.

What should you know moving forward?

It was pointed out in a 2017 Hartford Home Fire Index; there is a “high risk” when charging your phone on your bed overnight. They compared it to leaving a candle burning unattended or when your stove doesn’t get turned off after cooking.

There was more extensive research published by the American Medical Association (AMA), in their JAMA Pediatrics monthly peer-reviewed medical journal that shows roughly 89 percent of teens and 72 percent of children use, on average at least one device, tablet or phone, in their “sleep environment.” And quite often it’s used just before bedtime.

“The distinctly possible result is that the pillow or bed or both will catch fire,” the Newton fire department added. “This places the child or teen, as well as everyone else in the home in grave danger.”

What should you start doing today?

To quote Stuart Millington, senior Fire Safety Manager, of the New Wales Police department, “Turn chargers off. Unplug them before you go to bed,” His warning came after a similar incident where a phone caught fire while charging under a pillow of a North Wales family home. “Never leave items unattended or charging for long periods of time.”

If you are a parent or grandparent, warn your kids and grandchildren. Bring it to their attention to the dangers of sleeping next to a charging tablet or phone. Also, look to see where device charges are plugged in, and if not suitable recommend a designated charging zone in your home for all devices.

Did you find this article informative? If you liked this one, check out our other content we think you’ll find interesting.