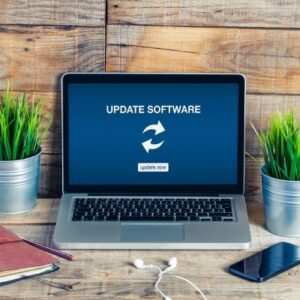 It’s been over two years since Microsoft officially cut the cord on Windows XP. As the most popular Windows operating system at the time, it was a huge blow to both businesses and consumers alike. Thankfully, a migration to Windows 10 isn’t nearly as difficult as one from XP. What lessons can be learned from Windows XP’s end of life event that can be applied to upgrading to Windows 10?

Budget Constraints
The first is the fact that Windows 10 is (still) a free upgrade, unlike upgrading to Windows 7 or 8.1 from Windows XP. At the time, businesses were fretting over the impossible strains that they would be placing on their budget all at once. The other issue associated with Windows XP was that hardware running Windows XP was also old and out of date in the first place. Upgrading multiple workstations is another major cost that organizations dragged their heels with, and many paid the price once the end of support date finally arrived.

In comparison, Windows 10 is a free upgrade for users of Windows 7 and 8.1, which many businesses upgraded to following Windows XP’s end of support. Keep in mind that Microsoft is only offering free upgrades to Windows 10 until July 29th, 2016 – one full year following its release to the public. Now is as good a time as ever to upgrade, especially considering the fact that, at the present moment, it costs your business nothing (well, almost nothing) to invest in Windows 10.

Legacy Applications
When moving applications and internal software solutions over from Windows XP, organizations had to perform extensive research and dedicate resources to guarantee application compatibility with more modern operating systems. This process could take quite a bit of time, which was something that XP users didn’t have much of. Thanks to Windows XP’s end of life forcing users to upgrade, most of the heavy lifting for application compatibility has already been done.

This means that, in theory, a Windows 7 or 8.1 upgrade to Windows 10 will be much easier to perform than an XP-to-Windows 7 upgrade. This doesn’t mean that you should upgrade without first taking a moment to consider compatibility again, though. It’s important to discuss the migration process with trusted technology professionals, and to thoroughly test compatibility in a controlled environment before committing wholeheartedly to a migration procedure.

Windows 10 is now on over 300 million active devices. Does this figure include your business’s workstations and mobile devices? If not, your business should consider doing so before Windows 10’s free upgrade deadline arrives. The latest technology solutions can be an immense boon for your business, and one which sets your organization apart from similar businesses in your chosen service area.