Sharing Your Netflix Password Now Makes You a Federal Criminal 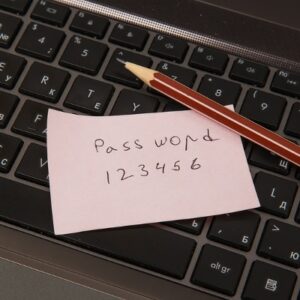 Sharing your Netflix password with a friend so they too can enjoy a vast catalogue of movies seems harmless enough. However, due to a recent ruling by judges of the Ninth Circuit of the United States Court of Appeals, this common action is now a federal crime.

That’s right, the act of sharing your Netflix password (or your password for other online services like HBO Go, Hulu, etc.) can potentially land you in the hot seat with the Federal Bureau of Investigation.

How Did This Happen?
Oddly enough, this ruling wasn’t handed down as a result of users illegally sharing their Netflix passwords. Instead, this crackdown on all online password sharing activity was the side effect of a case involving a former Korn Ferry employee seeking legal action against his former work colleagues who still possessed valid user credentials that could be used to steal Korn Ferry data for use in his new firm. Unfortunately, Netflix password sharing became collateral damage as a result of this case.

The specifics of this case have to do with a hacking charge under the Computer Fraud and Abuse Act, which effectively empowers the Justice Department to go after and prosecute anyone who violates an online Terms of Service agreement. You know, the pages of gibberish you scroll quickly through so you can get to the bottom and select, “I understand and have read the Terms of Service.” Many computer users, including one of the three judges on the Ninth Circuit Court, believe that using CFAA in a situation like this is overreaching.

In fact, this dissenting judge, Judge Stephen Reinhardt, said this about the ruling: “This case is about password sharing. People frequently share their passwords, notwithstanding the fact that websites and employers have policies prohibiting it. In my view, the Computer Fraud and Abuse Act (“CFAA”) does not make the millions of people who engage in this ubiquitous, useful, and generally harmless conduct into unwitting federal criminals.”

What’s This Mean For Fans of Password Sharing?
This ruling effectively gives companies like Netflix legal precedent to go after users who violate the Terms of Service agreement by sharing their passwords, an arguably harmless action that many are guilty of. Under the Terms of Service agreement, if you’d like to share a password with a friend, you must first ask Netflix for permission; a time-consuming process that few people will actually do.

Theoretically, companies like Netflix could crack down on violators of this law and prosecute the guilty as federal criminals, so you’ll want to be careful not to get on Netflix’s bad side. However, it’s unlikely that a Netflix-like company will go through with such legal action, seeing as the public outrage from a move like this would be a PR nightmare. Also, with everything the FBI has on their plate, it’s highly unlikely that they will dispatch agents to lock you up if you share your Netflix password with grandma… but they could.

Thinking beyond password sharing, it’s concerning how this interpretation of the CFAA essentially makes anyone who violates a Terms of Service agreement (which, honestly, hardly anybody actually reads) a federal criminal. Therefore, moving forward, you may want to be more careful about what you agree to by clicking that little box. Also, in general, one shouldn’t share their password in the first place, especially when it comes to passwords that grant access to sensitive company information.

Are you guilty of sharing passwords? If so, how do you feel about committing a federal crime? Share your thoughts with us in the comments.