Should Windows Upgrades Be Free? 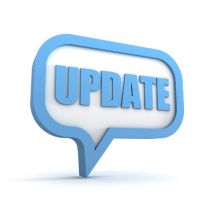 All operating systems change over time, and upgrades are eventually made available. But in light of Windows 10, Windows Threshold, or whatever their new OS’s final incarnation is going to be called, one has to wonder if Microsoft has ever considered free upgrades to the Windows operating system family tree.

As we know from the Windows XP end of support date earlier this year, price can be an issue for those who want to upgrade to a more recent operating system. It’s not just because of the software, though; hardware can often be an issue, as well. When Windows Vista was first launched, many users continued to keep Windows XP due to Vista needing more powerful (and expensive) hardware to operate it.

Could this potentially remain a problem with the looming end-of-mainstream-support date for the extremely popular Windows 7? We don’t know; but what we do know is that Tony Bradley of TechRepublic has some pretty strong opinions about Windows upgrades being free in the near future. He lists several reasons why Windows should be free, especially considering the states of other operating systems used.

Obviously, a company like Microsoft is in the software business to make money, as most businesses (well, successful ones, anyway…) set out to do. It’s understandable why they don’t make Windows upgrades free, but from a business standpoint, they could lose so much more; for instance, those who are drawn more toward Apple’s free OS upgrades.

What are your thoughts on free Windows upgrades? Would it be too good to be true, or a smart move on Microsoft’s part? Voice your opinion in the comments, and reach out to SemTech IT Solutions at 407-830-1434 for any technology upgrades that your business might need