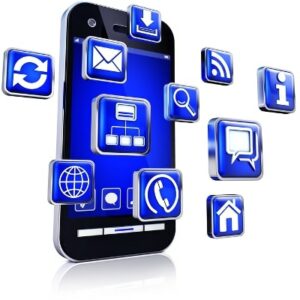 What if we asked you to throw your expensive smartphone high up into the air, just for the fun of it? You’d probably tell us to take a hike. However, thousands of phones get tossed into the air and put at great risk every day, thanks to an app designed for just such a purpose. In our opinion, this may be the greatest (and most devious) technology prank of all time.

This mischievous app can be found on Google Play and is called S.M.T.H. (Send Me to Heaven). However, iOS users won’t find this app in the App Store. Apple has banned the app, claiming that it was “encouraging behavior that could result in damage to the user’s device.”

Banning this app was probably the right move by Apple, as evidenced by an interview in WIRED of the app’s creator, Petr Svarovsky, where he admitted that “he had hoped to have people shatter as many iPhones as possible.”

What is his problem with iPhones? For Svarovsky, he’s one of many people who are tired of mobile devices used to flaunt wealth. As he explained to WIRED, “The original idea was to have very expensive gadgets, which people in certain societies buy just to show off, and to get them to throw it.”

One can only wonder if this expert-level trolling tactic would work for other expensive, status-symbol items, like perhaps smart TVs and luxury cars?

How Does the S.M.T.H. Work?
It’s ridiculous how simple this app is. Basically, all one has to do is toss their phone high up into the air and when it lands (safely) into your hands, it will tell you how high the throw was. As seen in this tutorial video:

For most smartphone owners, it will take more than one throw to critically drop their phone, which is why the app provides plenty of motivation for users to keep on throwing by posting their throws to scoreboards. These leaderboards include; World Top 10, Week Top 10, Day Top 10, Local Top 10 (national) and Facebook Friends lists.

As you can image, this app has claimed the innocent lives of many smartphones, earning it the infamous title, “the last game your phone will ever play.” Although to be fair, if you’re unconcerned about the longevity of your smartphone, this app can actually make for a fun and exhilarating game where one will go to new heights in order to break their old record. Take it from these guys who creatively use rubber bands and blankets to launch their phone as high as they possibly can.

What do you think about S.M.T.H.? Does it seem like an exciting new use for your smartphone? Are you going to give it a try, or perhaps recommend it to a friend as an April Fool’s Day joke? Share with us your thoughts and high score (well, maybe not) in the comments!