The Threat of Your Car Being Hacked is Becoming Increasingly Relevant 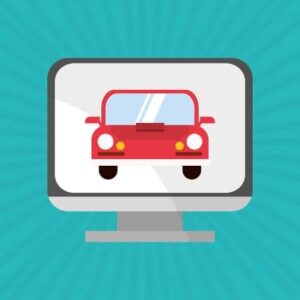 In response to the increasing danger of cyber attacks against computerized cars that are currently in production, Volkswagen has partnered up with three Israeli experts in cybersecurity to form a brand new cybersecurity company dedicated to designing solutions intended to protect such advanced cars and their passengers.

While ownership and investments made by each party have not been made public, the mission of Cymotive–as the new entity is called–is perfectly clear.

As Yuval Duskin, who formerly sat at the helm of the Israeli Security Services and now serves as Cymotive chairman, said: “Together with Volkswagen we are building a top-notch team of cyber security experts. We are aware of the significant technological challenges that will face us in the next years in dealing with the cyber security threats facing the connected car and the development of the autonomous car.””

These cyber security threats are far too real. Features like Bluetooth connectivity and computerized dashboards have made modern automobiles tempting targets for tech-savvy criminals. Quite recently researchers discovered that an attacker armed with an inexpensive radio kit could clone their way into any wireless-entry-equipped Volkswagen, potentially opening any of the automobiles equipped with this feature sold since 2000–the number of potential cars at risk reaching into the millions.

Volkswagen, of course, is not the only car maker whose systems are under threat of attack. A few seasoned car hackers recently proved that–by attaching a laptop to the controller area network (or CAN bus) of a Jeep Cherokee–they could take full control of the vehicle’s brakes. Posting proof of their method in a YouTube video, the duo used a local attack but stated that with some more effort, a similar attack could be executed remotely.

However, after submitting their findings to Fiat Chrysler Automobiles (producer of the Jeep brand) the automotive manufacturer waved away the findings, questioning their validity and how appropriate it was for the hacking duo to share “how-to information” that could potentially put public safety in jeopardy. Fiat Chrysler Automobiles also declared that such an attack takes “extensive technical knowledge” and that any security flaws present in the demonstration had since been patched.

However, hackers of a more malicious nature are always seeking out new vulnerabilities that the manufacturers and programmers of whatever system (automotive, computing, or otherwise) may have overlooked. As a result, there is an ongoing (and most likely never ending) race between hackers and developers to come out on top… At least until the next revolutionary technology emerges and starts the race over.

Does the ability of computer hackers to infiltrate your car make you consider downgrading during your next automotive purchase? Let us know in the comments.