Tip of the Week: Hate Spoilers? You’ll Love This App! 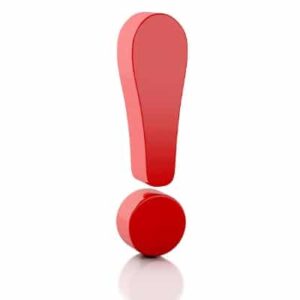 The average human being spends a significant portion of their life online, especially now that smartphones make staying connected to the latest happenings in both news and entertainment even easier than before. This, unfortunately, makes it rather easy to see spoilers for major plot points in your favorite movies, TV shows, or video games. To avoid these, try out the Spoiler Alert extension for Google Chrome.

For example, Star Wars Episode VII: The Force Awakens is one of the biggest new movies coming to theaters this month. We know barely anything about it, and sometimes it’s best to keep it that way so you don’t spoil yourself before seeing it in all of its glory.

The Chrome extension, Spoiler Alert, can block web content according to protocol that you assign to it. All you have to do is sign up with your email and date of birth, which is a small price to pay considering that you’ll be blocking content specific to your favorite TV shows and such. CNet claims that the only movie currently available is The Force Awakens, but that will probably change in the future.

Spoiler Alert can even block content from other popular media, like sports events and huge pop culture hits like The Walking Dead. You won’t have to worry about who survives through an episode or what the score of the big game is. You can even use Spoiler Alert to block political discussions, if you are sick of seeing people complaining about current issues.

However, Spoiler Alert is still far from ideal. As explained by Rick Broida at CNet:

One problem I discovered is that Spoiler Alert doesn’t seem to work past the initial page-load. So on Facebook, for example, if you scroll down far enough that the site loads more content, the extension doesn’t block anything in that additional load. That’s a problem. But this blocker is still in beta, so hopefully the developers can address that. In the meantime, I’m just happy to have at least some line of defense against our spoiler culture. Seriously, people, why would you want to know everything (or anything) about “The Force Awakens” before getting to the theater?

Spoiler Alert also has some funky functionality from time to time; sometimes it only blocks headings, titles, or text, leaving the images in place. Other times, it will block the entire site, while asking the user whether or not their sure they want to enter the spoiler-filled site. The spoiler settings are adjustable, allowing for relatively dynamic control over what appears and what is blocked. Granted, you can avoid most, if not all news related to your favorite shows or movies, by avoiding the major news aggregates and social media sites. The problem here is that you also want to keep an eye on recent developments in your chosen industry, which is one of the main reasons that organizations find the Internet so useful. You shouldn’t be prevented from maximizing your productivity and finding new leads just because you don’t want to have your fun ruined by spoilers.

Spoiler Alert should be able to help you avoid some major spoilers while on the Internet, but we’re always looking for better technology to make lives easier for consumers. What are some of the best ways you can think of to avoid being spoiled by the Internet? Let us know in the comments.