Tip of the Week: How to Make Sure Your Meetings are Productive 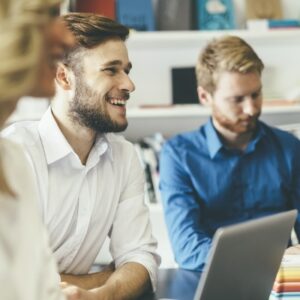 Few people like going to meetings. Yet, there seems to be no way around them. The key to having a successful meeting is to run it as efficiently as possible. Unfortunately, according to a recent study by Blue Jeans Network, meetings are becoming much less productive.

Blue Jeans Network is a cloud-based video conferencing company. For this study, they crunched the numbers of more than five million video meetings that took place in 177 countries, of which more than a third had an in-person component. For Blue Jeans Network, this is an annual exercise, and when they compared their latest study to studies of previous years, some pretty interesting trends begin to emerge.

The Majority of Meetings Take Place at the Most Unproductive Time
At what time of the day are you most alert and at your very best? If you’re like most of us, it’s not during the middle of the afternoon–which is the world’s most popular time for meetings (somewhere around 3 p.m.). This time of the day happens to be after the coffee has worn off and people feel the most dull-brained.

Solution: Schedule your meetings in the morning when alertness is at a peak so that everyone will be engaged.

Late Meetings are the Norm
Meetings wouldn’t be so bad if everyone showed up on time. Yet, at almost every meeting, there seems to be that one late person who causes everyone else to sit around and twiddle their thumbs–and get paid for it! In fact, according to the study, 81 percent of meetings start late, up 30 percent from the previous year. When you multiply every person’s time wasted while waiting for Johnny-come-lately, you might conclude that the benefits of the meetings are offset by everyone’s downtime.

Inc. describes how starting meetings late is a self-perpetuating problem:

If you arrive five minutes late to a meeting and it hasn’t started yet, you’ll figure you haven’t missed anything, so you’ll likely do the same next time, or maybe show up even later. Meanwhile, the punctual people who’ve sat around waiting for you will figure they have better uses for their time, and next time they’ll come five minutes late as well, or maybe even later.

Solution: Be strict about your meeting’s start time and have consequences for latecomers.

Miserable Weather Means More Meetings
One revealing trend from the study shows that, when the weather’s bad outside, you’re twice as likely to find yourself in a meeting inside. This shouldn’t be too surprising; after all, few people want to be indoors when the weather is gorgeous outside–much less sit in a meeting. However, what’s surprising is that, according to the study, more meetings take place when the weather is really bad. “Meetings were up by as much as 26 percent during the recent Texas flooding, and an impressive 35 percent during the Boston blizzards last winter.”

Solution: Apparently, if scheduling meetings are left up to feelings, more meetings than perhaps are necessary will take place when the weather is poor. Instead, make sure to have regularly-scheduled meetings and resist the urge to have extra meetings, simply because it’s cold outside.

Workers spend so much time in meetings that it’s in your company’s best interest to manage how they’re run and how often they take place. Otherwise, you’ll end up having “meeting for the sake of meetings,” and nobody wants that. By taking advantage of technologies like VoIP, video conferencing, and cloud-based collaboration tools, you can run your meetings as efficiently as possible. Schedule a meeting today with SemTech IT Solutions to learn more.