Tip of the Week: How to Safely Use a Public PC 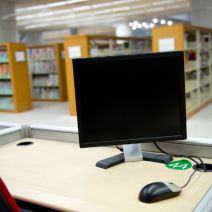 Public computers are like public restrooms. You really don’t want to use them unless you absolutely have to. Coincidentally, the reason to avoid each public service is the same; viruses–both of the biological and the digital variety. Thankfully, there’s a way to sanitize your data so that you can safely use a public PC.

With specific attention given to keylogger malware, the danger of using public computers (like PCs found in hotels and business centers) was recently highlighted by the United States Secret Service. 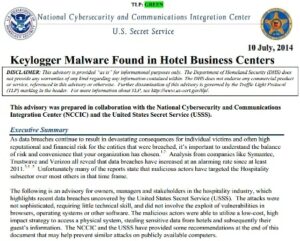 As reported by Brian Krebs, the government notice reads:

The keylogger malware captured the keys struck by other hotel guests that used the business center computers, subsequently sending the information via email to the malicious actors’ email accounts. The suspects were able to obtain large amounts of information including other guests personally identifiable information (PII), log in credentials to bank, retirement and personal webmail accounts, as well as other sensitive data flowing through the business center’s computers.

This confirms the sneaking suspicion we’ve all had that we’re being watched while using a public computer. Granted, not every public computer is bugged. You may be safe to check your email at the public library, but your security isn’t guaranteed.

It may be that the public computer has been hacked. Adequate network security is often a problem for public PCs, and it’s doubtful that a small coffee shop computer uses the same enterprise-level security solution as a major corporation. Another problem comes from something that’s easier to spot, like a USB hardware keylogger. This is an easily concealable device that plugs inline between the keyboard and the computer. Be sure to check every USB port on a public PC for anything suspicious looking before logging on.

As reported by ZDNet, the safest way to use a public PC is “to bypass the software installed on the PC by booting off a CD or USB key with an operating system image you control and trust. Obviously, the computer needs to be configured to allow you to boot of the removable media.”

For licensed Windows 8 users, you have a secure travel option called Windows To Go, which is basically Windows 8 on a USB drive that you can take with you and run off any PC with enough resources to support it. 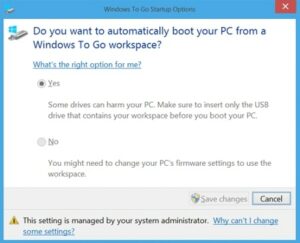 SemTech IT Solutions can set you up with this solution if you happen to regularly take your business on the go and you would like the assurance of securely using a public PC if something were to happen to your mobile device.

Additionally, you will want to use caution when using public WiFi. Basically, be wary of anything with the word “public” in it–especially the restrooms. If you’re planning your next business trip and you’re not sure if your mobile device has adequate security, or you would like to learn more about how to securely use public PCs and public WiFi, give SemTech IT Solutions a call at 407-830-1434.