Tip of the Week: Why Routinely Changing Your Password May Be a Bad Idea 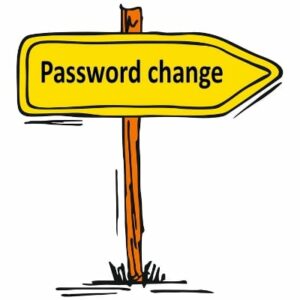 This may be a hard pill to swallow for IT administrators who have always required users to change their passwords every few months or so. However, seeing as this practice could make accounts less secure, it’s worth considering.

The idea behind this theory is that, whenever a user goes to change their password, they’re often rushed or annoyed and end up creating a new password that’s less secure. The Washington Post puts it like this: “Forcing people to keep changing their passwords can result in workers coming up with, well, bad passwords.”

Think about it, how often have you changed your password, only to change it from a complex password to one that’s easier to remember? Or, have you ever kept the same password and just added a number at the end of your new password? This covert move will do little to deter a hacker. Carnegie Mellon University researched this topic and found that users who felt annoyed by having to change their password created new passwords that were 46 percent less secure.

Plus, let’s consider the hypothetical situation of a hacker actually stealing your password. Truth be told, once they’ve gotten a hold of your login credentials, they’ll try to exploit the password as soon as they can. If they’re successful, they’ll pose as you and change the account’s password, thus locking you out of it. In an all-too-common situation like this, the fact that you’re scheduled to change your password at the end of the month won’t change anything.

Whether you do or don’t ask employees to change their passwords is your prerogative. However, moving forward it would be in everybody’s best interest to focus on additional ways to secure your network, instead of relying solely on passwords. This can be done by implementing multi-factor authentication, which can include SMS messaging, phone calls, emails, and even biometrics with passwords. With additional security measures like these in place, it won’t matter much if a hacker stole your password because they would need additional forms of identification to make it work.

To maximize your company’s network security efforts, contact SemTech IT Solutions at 407-830-1434.