Top Data Breaches In The First Half Of November 2018

Data breaches never fail to stay at the top of news headlines, and these are news headlines that should be highly regarded if you are a business owner. According to the ID Theft Center, there were at least 1,579 breaches, which was a 44.7 percent increase from the year before. 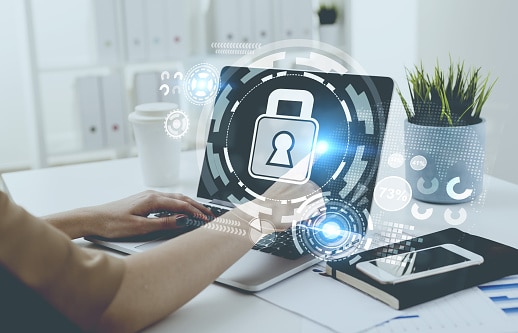 The astounding uptick in data breaches is expected to continue as a trend for 2018, and the first half of November 2018 has already shown multiple problems. Take a look at some of the breaches that have occurred already in November for 2018.

The legalization of cannabis across the country in Canada brought about a lot of prickly, unfamiliar situations for consumers and business owners. However, to worsen matters, their new and booming industry took a hard hit because of a massive data breach during the first part of November. The data breach was in the form of a hacker who managed to get into Canada Post’s delivery tracking tool.

Customers who had purchased cannabis for mail delivery from Ontario’s Cannabis Store had their information exposed. This data risk is considered severe because those in the up-and-coming cannabis business in the country could face concerns with consumers about the privacy of their personal information. This data breach affected as many as 4,500 customers.

Domestically, a significant data breach with one of the top names in banking left financial institutions and consumers alike a bit fearful. HSBC Bank had multiple customer accounts compromised. To date, the number of accounts compromised and customers affected has not been disclosed. Nevertheless, this has been considered a severe data breach because the data taken can be severely damaging to consumers who hold accounts at the institution.

The risk to related businesses because of this kind of breach is pretty massive. Banking customers place money in their accounts because they trust the institution will keep it secure. This kind of data breach with one of the world largest banks does not fare well in the minds of consumers; it only lessens their overall faith in banking systems as a whole. So far this year, financial institutions have taken a hard hit.

Other Data Breach News Around the Globe for November

Pakistan had an epic fail in November with hackers managing to get the account information of at least 8,000 banking customers. This data breach didn’t just affect one bank; it actually affected customers from ten different banks across the country. The stolen data has already shown up on the Dark Web as records for sale for prices between $100 to $160 per record. So far, the cybercrime division in Pakistan has found more than 11,000 records.

Noteworthy Data Breaches So Far in 2018

The new November 2018 data breaches are added to a growing list of breaches that have already occurred for the year. Facebook was perhaps one of the most publicized data breaches for the year. In April of 2018, at least 87 million records were breached, and it’s most probable that there were far more. Orbitz also had a considerable catastrophe when travel booking accounts were hacked, leaving something like 880,000 customers’ payment cards exposed.

Numerous businesses in the past have had problems with data being compromised, especially in 2017. There were at least 16 data breaches for major retailers, according to Business Insider, including Macy’s and Adidas, to name a few. Sears even had a data breach in April that affected at least 100,000 customers who had their credit card information compromised. Restaurants were also hit with data breaches in 2017. Sonic and Panera Bread were two of the most noteworthy.

So far this year, the numbers of data breaches have exceeded those in 2017 by a long shot, which just shows how much of a risk data breaches are continuing to be in spite of considerable efforts to stop them. All business owners should amp up their security efforts and keep a close eye on data, so it is rightly protected.