What’s With All of These Silly Memes? 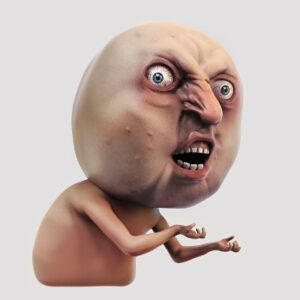 Memes are deeply rooted into today’s online culture. Thanks to the Internet, even the most absurd things can quickly gain popularity through social media and online forums. While they might seem silly and pointless, it would be foolish to dismiss them as wastes of time; especially considering how popular they are. If you are looking for a creative way to get your name and brand out there, why not try using memes?

The term “meme” was originally coined by a British evolutionary biologist, Richard Dawkins, in his 1976 book The Selfish Gene. Its official definition is “an idea, behavior, or style that spreads from person to person within a culture.” Dawkins initially used it to discuss the way that ideas and values are adopted by people within a society, but an Internet meme is somewhat different from the scientific approach (though the definition certainly suits the way a meme spreads around the Internet). While the evolutionary idea of a meme is based on sporadic and seemingly random change, an Internet meme defies this principle, often as the result of a “hijacking” of the original intended purpose of the image or video that is the subject of the meme.

To put it in simpler terms, think of it this way. Internet memes often take the form of popular images that were originally used somewhere else, like in popular culture, TV shows, etc. For example, the “Futurama Fry” meme takes a silly image of the show’s protagonist in deep thought, and uses it to explain confusion or indecision.

Another example is the “Matrix Morpheus” meme, which uses an image of Morpheus from The Matrix to discuss a revelation that, according to KnowYourMeme, “belittles futile or petty behavior.”

In fact, some memes are funny just because they aren’t funny. Take, for example, the “Anti-Joke Chicken” meme, which tells the beginning of a joke, and ends with a rather obvious statement, something that makes logical sense, or something completely unexpected.

For an example of how you might apply a meme to the real world, we’ve made this one using the “Disaster Girl” meme character:

Two things to note: 1) Get your point across by finding a meme that’s relevant to your goods and services, and 2) Use an odd combination of humor and terror to inspire action from the viewer. If you came across this on a social media page, would you snicker and give it a like? We hope so.

What are your thoughts on memes? Do you think they’re a waste of time, or do you think that they’re such a huge part of society that they can be leveraged for your organization? Let us know in the comments, and while you’re at it, be sure to leave your best memes.