Why Should You Upgrade Your Old PC When it’s Doing Everything You Need it To? 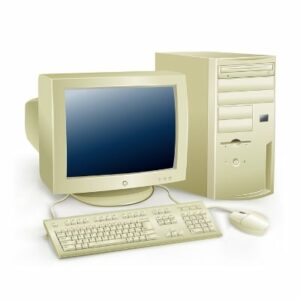 It’s a known fact that technology doesn’t last forever. In fact, technology grows at such an astounding rate that some users often feel the need to replace their devices the second a bigger and better tech is launched. What if this unprecedented growth and increase in reliability become a hindrance to the sales of PC manufacturers?

According to a study from Intel, there are over a billion PCs in the world that are three years old or older, with around half of those being up to four or five years old. This immediately sounds like a big issue. That’s over a billion PCs that could very well be using technology that will be obsolete in a year or two. Or, it could not; therein lies the current issue with the PC industry. Technology continues to move forward with increased reliability, which means that people are less likely to buy new hardware when their current machines work perfectly fine.

In today’s modern technology environment, the problem that many PC manufacturers face is the fact that technological growth, though still far surpassing that of the past, has slowed down, and PCs from three years ago are still capable of being used with today’s software. More importantly, though, is that hardware is growing more reliable, meaning that there’s less of a chance that you’ll encounter troubles before your technology’s time is up. As reported by ZDNet:

Sure, on paper it’s going to be advertised as being faster, and benchmark tests will support this, but in the real world – assuming that the old one isn’t all kludged up and ailing – you’re just not going to see much difference. Sure, there might be a slightly faster boot up time, or it might be a little snappier, but most of the gains that new PC owners see are nothing more than confirmation bias. Sure, if you go to the performance end of the scale then things are different, but your average home or office PC spends most of its time running a web browser or a word processor application. A three-year-old PC can do that without breaking a sweat.

In other words, what winds up happening is the replacement of one PC with a machine that can largely perform the exact same function. When this happens, people find that it’s often not worth the extra investment to upgrade to more recent technology, considering their old tech works just as well and doesn’t have a hefty price tag on it. There is some logic to this statement. You don’t want to spend money on new solutions haphazardly; it could break your business’s budget, and more importantly if you still take advantage of certain legacy applications, your organization could hit a brick wall when upgrading to more recent operating systems or hardware.

One more thing to think about: if you are experiencing slow computer issues or sluggish performance, it might just be a single component of your workstation that needs to be addressed. Certain hardware components, like hard drives and RAM, attribute the most to how well a PC performs, and these upgrades are much easier on the budget than replacing the entire workstation. Beyond hardware, it’s also possible the slowness can be caused by a software issue, or simply a need for routine maintenance. Before shelling out for any expensive hardware or software solutions, be sure to consult a trusted technician.

This isn’t to say that the latest and greatest technology doesn’t have its uses. In terms of business strategy, it’s a best practice to be working with only the best technology solutions. If your office’s technology is top of the line, you’ll have an invaluable advantage over other Orlando businesses.

So, just because sales have plateaued for PC doesn’t mean that your operations have to as well. To find out how the best technology can help your business push to greater heights, contact SemTech IT Solutions at 407-830-1434.