Windows 7 End of Mainstream Support Looms on the Horizon 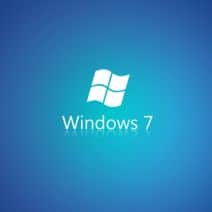 If you have yet to upgrade away from Windows XP for some reason, you might want to think twice about upgrading to Windows 7. Microsoft has cautioned users about the end of mainstream support for several of its products within the next six months, and the popular operating system is one of them.

Why should you be concerned, though? You love Windows 7, and it’s a great operating system, to be sure – but like everything else, all good things must come to an end. You want to make sure that your network is in tip-top shape, and you don’t want to take risks when it comes to your business’s security. If you aren’t receiving support, you aren’t receiving patches, and you will be vulnerable to the many dangerous threats that inhabit the Internet. And, after January 13th 2015, Windows 7 just might be a liability for your business.

Types of Support
You might be a bit confused about what “end of mainstream support” means. The truth of the matter is that there are several different types of support that Microsoft offers to users of their products. Here’s a detailed breakdown of them:

Microsoft Products Reaching End of Support in the Next Six Months
In addition to many products transitioning into the extended support phase, many are reaching end of support as well:

If you are using any of these products, give SemTech IT Solutions a call at 407-830-1434 to begin the server migration process.

So, Do I Have to Worry About Upgrading Yet?
If you are using Windows 7, the answer to that is probably “no,” but you really should consider the consequences of not upgrading your system before the end of support. Look at Windows XP – how long do you think users were discussing upgrading before actually doing it? Just thinking about doing something doesn’t mean you are going to do it. Take action and call SemTech IT Solutions. We’ll help you make the transition to newer, more secure technologies. Call 407-830-1434 today and enter a new age of technology.