You Gotta Fight. For Your Right. To Net Neutrality! 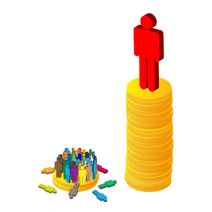 We’re seeing a lot of buzz about a controversial issue known as “net neutrality.” It’s primarily being discussed in the realms of American politics, but its ramifications affect every user of the Internet from around the world! We believe that what’s happening to net neutrality is important, and that everyone should be informed about it.

Now, you may be thinking that we’re being a little overdramatic on this one, but the reality of the situation is that the new Internet regulations concerning net neutrality currently being proposed before the United States Federal Communications Commission (FCC) would severely limit how Americans post and consume content. By its nature, the Internet is a connected global community. Therefore, if American citizens and businesses are hindered in how they use the Internet, the rest of the world will feel its effects.

To better understand what’s going on, you first have to understand what net neutrality is. Net neutrality is good because it gives every Internet user (and business) a level playing field when it comes to posting and accessing content. What makes net neutrality fair is how the content is delivered. This is where Internet Service Providers (ISPs) come into play. With net neutrality, no favoritism is shown by ISPs in how they deliver content. A business like SemTech IT Solutions posting a news story like this one on our website has access to the same content delivery system as news powerhouses like the Associated Press and the BBC. Current regulations being proposed to the FCC look to change this format–for the worse.

In a blatant money grab at the expense of their customers, ISPs (which, by the way, already operate as regional monopolies, allowing them to charge higher-than-necessary rates for poor quality service) are advocating a tiered Internet service plan regarding how they deliver content. Essentially, ISPs like Time Warner Cable, Verizon, and Comcast want to charge a premium in order to get selected content pushed out quicker.

Who in their right mind thinks this is a good idea? Only ISPs and major corporations with deep pockets that can easily afford to pay the premium. Bigger companies will gladly pay the fee because it will give them a huge advantage over smaller startups that directly compete with them. In the world of politics, how do you think proposed changes to net neutrality will fare when it’s assaulted by influential corporations making profits equivalent to the GDP of small countries? To make matters worse, the new head of the FCC is a former lobbyist for ISP companies.

Embedded in this hotbed of corruption is a shiny sliver of hope, thanks to good old-fashioned democracy! The FCC is allowing the public to submit comments to them concerning this topic for the purpose of being used in a debate. The public has until July 15th to submit their comments.

Soon after this avenue for public comments was announced, the FCC’s website crashed due to a flood of outrage. This gives us hope that the American people may actually win this round in the ongoing battle to preserve net neutrality. You may remember that major corporations have attacked net neutrality before and failed with previous bills. Therefore, it’s reasonable to assume that corporations will continue their assault on net neutrality until they get their way. Which means that we – the little guy, the entrepreneurs, the common man, the people – have to stay vigilant in our fight to defend our online freedoms!

Do you think that net neutrality is a cause worth fighting for? Share your outrage in the comments!