Alert: A New Malware to Worry About for PC Gamers Using Steam 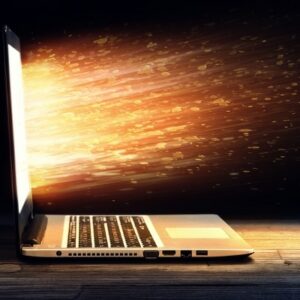 Hackers have always gone after industries that are profitable, or hold sensitive information that can be lucrative when sold under the table. As such, retailers that accumulate financial credentials are often hit by hacks. The entertainment industry is no different, and hackers continue to grow craftier in their pursuit of wealth and power. Not even Steam, the PC gamer’s most valuable software solution, is safe from the dangers of hacking attacks.

Steam is a widely-used web-based distribution platform developed by Valve Corporation that’s used for online multiplayer gaming, as well as many other video game-related situations. It’s actually relatively similar to cloud computing. Steam is one of the biggest online gaming retailers with over 140 million users. In October 2013, it was estimated that 75 percent of all games purchased online were through Steam. If nothing else, Steam is a valid online computing outlet that hackers want to take advantage of.

As anyone who has a hobby will understand, a gamer’s collection of games, virtual items, or online currency, will accrue a self-perceived value of sorts. While this might seem like a worthless asset to compromise, it’s introducing a new type of hacker to the online environment. People who want to steal games, achievements, and other in-game assets are capable of doing so with a new malware called Steam Stealer. Perhaps the most terrifying thing about Steam Stealer is the fact that it’s so easy to use. If hackers find that they can get away with stealing seemingly benign in-game items, they might find that they want to go for something with a little more practical use, like credit card numbers. This presents a unique situation which could provide amateur hackers with the skills and confidence they need to attempt riskier and detrimental hacks.

Since Steam Stealer is easy to use and afford, even the average citizen can experience the bittersweet taste of hacking. With included instructions, user manuals, APIs, and a price tag of $15, people with no knowledge of malware can easily use Steam Stealer. Compared to other Malware as a Service offerings, Steam Stealer is a small price to pay and is relatively simple to use. Once people experience the adrenaline of using malware to steal fellow gamers’ in-game objects, what’s stopping them from pursuing the rush even further?

The end result could very well be hackers who won’t be satisfied until they’ve hit the pay dirt; financial information and other products purchased through Steam’s online interface. Unsurprisingly, Steam experiences quite a large amount of takeovers — around 77,000 accounts suffer from breaches each month. There’s a definite precedent for this type of hack, and criminals obviously see the potential for profits.

The best way to keep your Steam account safe from hackers is for users to practice a combination of two-factor authentication, and to always keep an eye out for potential phishing scams. Changing passwords regularly is an ideal way to keep hackers from accessing accounts, and closely monitoring URLs that are sent through chats will keep you from visiting potentially malicious sites.

These tips probably sound familiar; for good reason. They’re valuable tips that help you stay safe whether you’re working on important work, or you’re on a quest to “slay the goblin lord.” Even if Steam is an online gaming platform, there are still valuable lessons that can be learned from it. While a business owner might see their data as an immensely valuable asset, gamers view their libraries in a similar way.