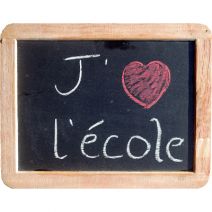 Across the country kids are hopping on buses and heading back to school. Schools sure have changed and classes aren’t quite the same as they used to be. Perhaps the most important thing about these changes has been the classes available for the kids. In fact, some schools have started teaching children how to code, and France is next on the list.

French education minister Benoit Harmon told Le Journal de Dimanche that they plan on offering coding lessons for elementary school children coming this September. You might think that this is far too young to teach anyone how to code effectively, but the truth of the matter is that, once again, technology has brought about changes in the world that the new generation must adapt to. It’s not so surprising to see programming classes arise at such an early stage of cognitive development.

If you think of coding as a language, though, it’s not surprising that children should learn these skills early on. While the idea of children learning foreign languages easier than adults is a myth, coding is unique in that it only really needs to be mimicked, or repeated, to learn. Children learn by doing things and copying what others say. Just like in language, there are particular methods and patterns that must be identified in order to proceed with learning effectively.

Granted, the classes will be offered on an optional basis, and after-hours, but the fact remains that the option is there. The Conseil supérieur des programmes, an independent French advisory organization, has some very strong opinions on this new development. They desire that the classes teach children the principles of programming and how to create simple applications. Similar coding lessons have already been brought to children in the UK, which desires to create a new curriculum that is supposed to teach young kids the basics of programming and algorithms, while in Estonia, programming is taught as a means to establish a base for building up the IT resources for future generations.

It’s always important to foster a variety of different interests in the developing generations, as they hold the future in their hands. By providing the children of tomorrow with many choices in their curriculum, we can sow the seeds of the tech-centric generation.

What are your thoughts on this new development? Do you think that schools all around the world should invest in programming classes in the future? Let us know in the comments.