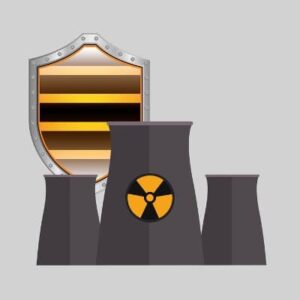 We talk about a lot of frightening technology scenarios for businesses; data loss, identity theft, and expensive hardware failures that can inflict substantial downtime and, therefore, cripple the ability of your business to sustain operations. One industry that has changed the way they manage risk, specifically the potential failure of important security systems, is the nuclear power industry. Any business can learn how to mitigate disaster by looking into the specifics of the two most horrendous nuclear meltdowns in history, the meltdown at Chernobyl in 1986, and the tsunami-induced disaster at Fukushima in 2011.

It seems that ever since the nuclear disaster in Chernobyl, Ukraine (1986), nuclear plants have cracked down on minimizing the chances of incidents. Barring Chernobyl, there has only been one other disaster that’s rated 7 on the International Nuclear and Radiological Event Scale (INES), and that was the Fukushima Daiichi nuclear disaster of 2011. These two are rated 7, the top of the scale, due to the disastrous effects that they had not only on the immediate vicinity, but also for the worldwide environment.

The Chernobyl disaster was the result of an uncontrolled nuclear chain reaction, which led to an enormous explosion that ejected fire and radioactive core material into the vicinity of the power plant. However, a significant portion of the damage caused by Chernobyl could have been prevented if the plant practiced better safety measures, and if there was a containment system in place to handle the worst-case scenario.

On the other hand, the Fukushima incident was prepared to handle a failure of operations. The disaster was triggered by the 2011 Tōhoku earthquake and the resulting tsunami. The plant at Fukushima had measures put in place to shut down the plant in the event of a disaster, but these measures were rendered useless by the awesome power of nature. The tsunamidamaged power lines and the backup generators, which led to heat decay, meltdowns, and major reactor damage.

These disasters lead professionals to find solutions to new and emerging problems and to ensure that such catastrophes are prevented in the future. For example, the Fukushima incident forced plants to consider what would happen if power generators were flooded and rendered obsolete. In response, emergency off-site power generators and other equipment are planned to be implemented as soon as November 2016.

Another way that nuclear plants have coped with these new risks is by allowing external third parties to investigate and manage the reliability of their backup systems. These investigators are in charge of making sure that any and all systems are properly maintained. They function in a similar manner to a business’s IT management, making sure that all systems are operating smoothly, and that no unauthorized changes are made to a functioning infrastructure.

The main takeaway from this article is that nuclear plants expect the worst to happen, and they take steps to prevent it before it even takes place. This is the type of proactive stance that your business needs to take. Granted, there’s a lot more at stake if a nuclear power plant fails to function properly, but the fact remains that if your mission-critical systems fail, you could be experience significant downtime and increased costs.

In order to keep your business functioning properly, SemTech IT Solutions suggests utilizing a comprehensive backup and disaster recovery (BDR) solution that’s specifically designed to minimize downtime and data loss risk. The BDR takes regular backups of your business’s data and sends them to a secure, off-site data center, as well as to the cloud for quick recovery. In the event of a hardware failure or similar disaster, these backups can quickly be deployed to the BDR device, which can temporarily replace your server until you find a suitable replacement.

Furthermore, you can compound the BDR solution with our remote monitoring and maintenance solution, which is designed to detect issues within your IT infrastructure and resolve them before they become major problems. In this case, we can function just like the inspectors who manage and maintain the equipment of a nuclear facility, except for with your business’s technology. We can even remotely patch and update your software for you, and detect abnormalities in your hardware’s functionality so we can keep an eye out for telltale signs of dysfunction.

For more information about BDR or remote monitoring and maintenance, give us a call at 407-830-1434.